On Friday, I posted a story listing the names of the 45 female characters in the video-game inspired “Hardcore Henry.” They included “Escalator face plant girl,” “Waterkid’s girlfriend,” “Stoner’s girlfriend,” “Ella the prostitute” and “Angry prostitute.”

Oh, and also “Girl in Brothel” numbers one through 29.

What point was I trying to make? Only that “Hardcore Henry” doesn’t do much better than the video games it emulates at including nuanced female characters.

Also Read: Is 'Hardcore Henry' Sexist? Here Are the Names of Its Female Characters

(Some context: Like a first-person shooter game, “Hardcore Henry” is told from one man’s POV. He wakes up to find he’s been bionically altered by his scientist wife, who is kidnapped, and he has to kill dozens of people to save her.)

To my surprise, the director of “Hardcore Henry,” Ilya Naishuller, tweeted back, explaining that he gave credits to each of the brothel-scene actresses instead of treating them as extras. His point, as I read it, is that this well-meaning decision threw off the film’s prostitute ratio.

@TimAMolloy Grabbing at straws much?
The list of brothel ladies would usually be clumped together as extras…
(1/2)

@TimAMolloy I thought it would be nice for them to have standalone credits. If that appears to be a sexist move, that's your problem. 2/2

First: Good for him giving a credit to all the women who played “girl in brothel” in the credits. That was a really nice thing to do.

I’ve also been getting a lot of tweets from guys saying I’m part of a feminist agenda that wants to prevent movies from being made or thought-police people or blah blah blah. To which I just want to say: Calm down.

I’ve thought it over, and here’s what I think: Yeah, “Hardcore Henry” is sexist. Intentionally or not, it encapsulates what film critic Laura Mulvey dubbed “the male gaze.” It presents the world entirely from the perspective of a man, and the women he encounters exist in the film mainly in relation to men, whether as girlfriends, prostitutes, victims, or bait. 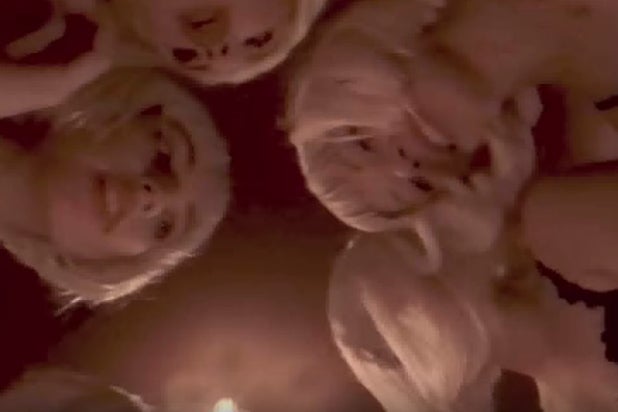 I know, I know: It’s just supposed to be a fun movie. I hoped it would be one. I went in thinking the first-person POV was a really cool idea, but just got bored with it. The lack of depth — including but not limited to the one-dimensionality of the female characters — was disappointing.

“Hardcore Henry” occupies a world where almost every woman — I can think of four exceptions — is a victim, liar or prostitute. (There’s nothing wrong with anyone, male or female, taking whatever job they want to, by the way. But there are a lot of other jobs besides “prostitute.”)

The lack of interesting female characters is part of the problem with “Henry,” but not the whole problem. I felt like there were a lot of missed opportunities. The lead villain seemed potentially interesting, but we never got to learn much about him because we only see things from Henry’s literal point of view. Other movies, like “Blade Runner,” have done a much better job of showing us the trap of being locked in our own perspectives.

Movies that lack dimensionality don’t fail because anyone cares enough to ban them. They fail because they’re boring. If Naishuller makes another first-person movie that plays out the concept a little more — maybe by showing how having one POV limits Henry, and all of us — I’d love to see it.