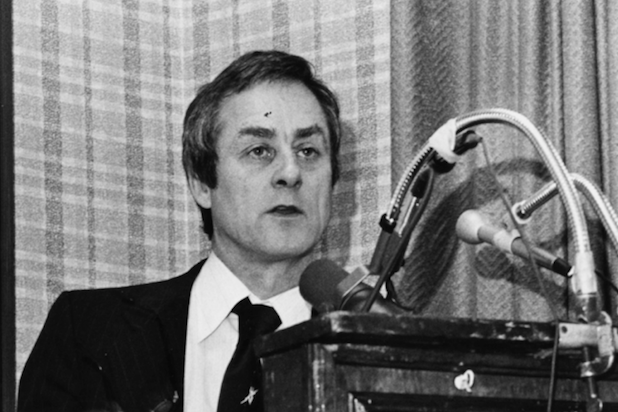 Evans is remembered for leading that paper’s investigation into thalidomide in the 1970s. The scandal the Times uncovered led to higher payouts for victims. He was also the founding editor of Condé Nast Traveller and served at one time as president of Random House publishing. At the time of his death, he was Reuters’ editor at large.

The Times and Reuters both published obituaries confirming his death.

Tributes poured in on social media Wednesday and Thursday as journalists and readers remembered the editor, described across the board as a crusader.

“Harry Evans, the editors’ editor, the journalists’ journalist, the reporters’ reporter. Among his peers, he was recognised as the finest tradesman of our craft, a pioneer of what we now call investigative journalism,” wrote journalist Roy Greenslade.

“When you think of great newspaper investigations and campaigns for social justice, and great editorship, the greatest name ever in British journalism was Harry (Sir Harold) Evans,” wrote Christiane Amanpour. “Rest in peace friend, and may generations be inspired by your monumental example.”

Reuters, where he served as editor at large, said Evans “set the gold standard” for his profession.