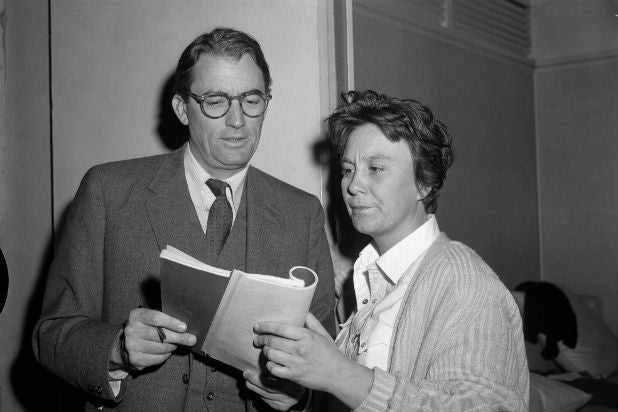 Harper Lee not only dramatically altered the conversation on race in America with her book “To Kill a Mockingbird,” but she also wholeheartedly approved of the 1962 film adaptation.

Jeff Pirtle, the director of NBCUniversal archives and collections, cracked open the studio vault to share stories about Lee’s visit to the set during production.

“She was just glowing about everything that had to do with the production,” Pirtle said. “She loved the script…She loved the casting of the two children, who were not professionals. She loved Gregory Peck‘s wardrobe.”

“[Producer] Alan J. Pakula said she was ‘the most novel novelist who ever came to Hollywood,’ because she really liked everything that the production was doing,” he continued.

The film adaptation of “To Kill a Mockingbird” premiered on Christmas Day, 1962. It went on to win three Academy Awards, including Best Actor for Gregory Peck‘s portrayal of Atticus Finch.

Pirtle went on to say that he believes the film still connects with audiences because of its timeless message.

“It has such a great message of love and understanding,” he said. “There’s the quote where Gregory Peck says, ‘You never really understand a person until you consider things from his point of view…Until you climb inside of his skin and walk around in it.’ I think it’s so relevant even today.”

He also said that while comparisons to other classic films of American history are inevitable, this one in particular is something special.

“I usually say it’s the crown jewel of Universal’s film library, just because it’s such a great film,” he said. “Even if there was a film like ‘Citizen Kane,’ I don’t think the societal impact of a film like that was as great as ‘To Kill a Mockingbird.’ So really it’s in a class all by itself. It’s a masterpiece.”

Lee died on Friday morning in her hometown of Monroeville, Alabama, which served as the basis for the town of Maycomb from the book.