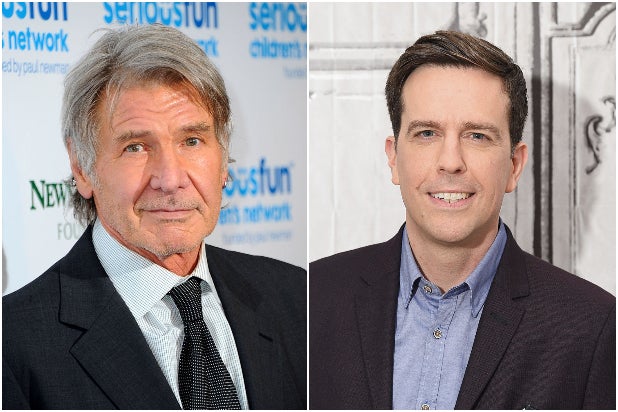 Harrison Ford and Ed Helms will star in the STXfilms comedy “The Miserable Adventures of Burt Squire Aboard the Horn High Yo” about two men shipwrecked in the Atlantic Ocean.

“Burt Squire” is inspired by a true story and follows a family man who takes a dream sailing vacation while in the midst of a midlife crisis, only to wind up shipwrecked in the Atlantic with a charming, but unhinged sea captain.

“Burt Squire” will be overseen by STXfilms’ Drew Simon and Spencer Ela.

Also Read: Harrison Ford to Star in Series Adaptation of 'The Staircase' for Annapurna TV

“We love this story and and are looking forward to working with Mickey and the team at LD and this incredible cast. There’s no one better than Ed Helms to play an everyday guy who gets saddled with every comedic misfortune life could throw his way, and Harrison is going to create yet another memorable and iconic character as an unhinged sea captain. Instead of a road-trip comedy, we can’t wait to see these unlikely buddies in this seafaring comedy,” Adam Fogelson, chairman of STXfilms Motion Picture Group, said in a statement.

Ford most recently returned to the “Star Wars” franchise and starred in “The Call of the Wild” and “Blade Runner 2049.” He’s next set to star in Annapurna Television’s “The Staircase” and in his return as Indiana Jones.

Helms was last seen in Netflix’s “Coffee and Kareem” and the comedy “Tag.” His company Pacific Electric Picture Co. has a first look deal at Universal Television and is producing the scripted comedy “Rutherford Falls” alongside Mike Schur and Sierra Ornelas for Peacock, in which Helms also stars.