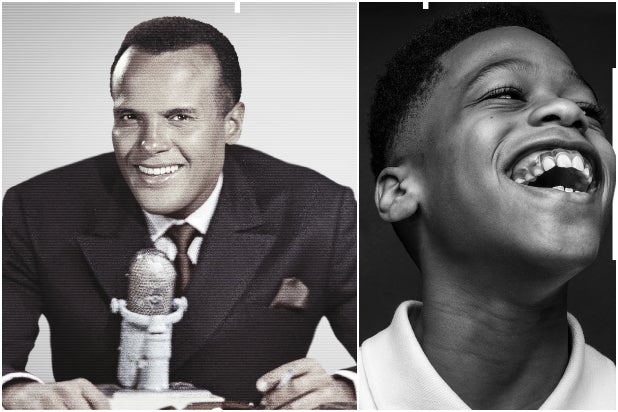 A documentary about Harry Belafonte’s “Tonight Show” stint and another executive produced by NFL player Malcolm Jenkins will be among the movies that will debut on Peacock as part of NBCUniversal’s original film slate in September.

The original films “Anthony,” “The Sit-In: Harry Belafonte Hosts The Tonight Show” and “Black Boys” will premiere early next month. Further, the documentary “A Most Beautiful Thing” and Emilio Esteveez’s “The Public” will stream exclusively on the service in September.

“The Sit-In,” which premieres Sept. 10, looks at the events surrounding the week in which Belafonte guest hosted “The Tonight Show” in place of Johnny Carson for a full week in February 1968, the first time a Black man ever got the opportunity. Belafonte’s guests that week included Aretha Franklin, Sidney Poitier, Martin Luther King Jr. and Robert Kennedy, and the documentary includes behind-the-scenes footage of how the politics of the day shaped the show.

Also Read: A 'Madagascar' Prequel Series Is Coming to Peacock and Hulu - Watch the Trailer (Video)

“When I started this film, I thought that I was telling the story of Harry Belafonte’s historic achievement as the first African American to host a full week of late night television,” director Yoruba Richen said in a statement. “I soon discovered the film was not only about this week during a politically volatile time in U.S history but also a journey through Harry’s incredible career, political activism and enduring influence. I discovered how relevant it is to today when we are in a time of political crisis, much like 1968, the year Harry hosted the show.”

Belafonte appears in the film, as do Questlove, Whoopi Goldberg and more. MSNBC host Joy Reid executive produced the film that’s directed by Richen. Check out the trailer here.

“Anthony” is a narrative feature about an 18-year-old Black student named Anthony Walker who was in 2005 killed in a racially motivated attack in Liverpool. Toheeb Jimon stars as Walker, and Terry McDonough directed the film that’s written by Jimmy McGovern. It premieres Sept. 4, and you can watch the trailer here.

“Both Donna [Molloy] and I were privileged to have produced ‘Anthony.’ It follows a rich vein of factual drama we have been delivering for almost a decade now,” executive producer Colin McKeown said in a statement. “It means a lot to me personally as I am from the same village as the Walker family, and it is typical of Gee Walker, Anthony’s mother, to draw positive conclusions from tragic events.”

Finally is “Black Boys,” a film executive produced by two-time Super Bowl champ Jenkins and is written and directed by Sonia Lowman. The documentary aims to celebrate the full humanity of Black men and boys in America and uses conversations around education, criminal justice and sports to understand how Black youth experience racism and see the country.

“Black Boys” premieres Sept. 10, and you can watch the trailer here.

“Our intention with this film and future films like it is to give visuals to the reality that the humanity of Black people lives on a wide spectrum,” Jenkins said in a statement. “This project is focused on the humanity of Black boys. No segment group is monolithic. What we are displaying in this film is how Black boys’ bodies have been commodified, our minds completely disregarded, and our feelings, creativity, and love painted over by society. Operating in a society that fears them, Black men and Black boys face a unique kind of trauma.  We need white people, and everyone for that matter, to see that the identity of the Black boy is under attack as early as preschool to adulthood. We all have a responsibility to help map the future of our children, and how our children preserve the world around them. Next up is Black Girls!”

9 Essential Alfred Hitchcock Movies to Watch on Peacock, From 'Psycho' to 'Vertigo' (Photos)

Good evening. Master of suspense Alfred Hitchcock was born on Friday the 13th back in August 1899, and while the great filmmaker's movies and his TV shows have always been widely available for aspiring film students and classic movie lovers, Peacock has lumped many of his classics in one place. There are 14 of the director's films now available to stream through NBCUniversal's ad-supported service. The trick with Hitchcock is, even writing a top 10 list of the director's best movies would be leaving off some great ones. So below is a list of his essential titles that best define his style and penchant for thrills, and check out a teaser video for all the titles here.