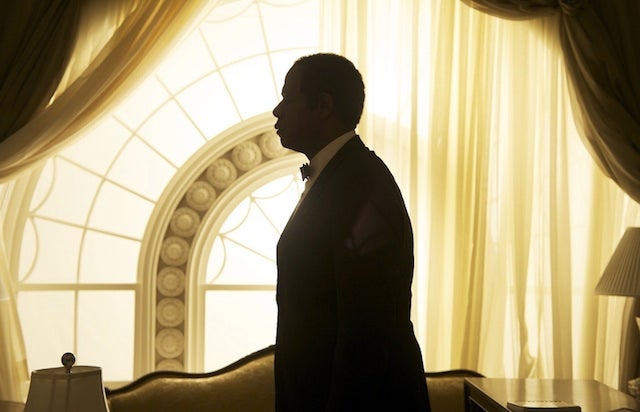 Harvey Weinstein ramped up his charges that Warner Bros. is using a dispute over  the title to the Weinstein Company's "The Butler" to try to win back the rights to "The Hobbit" in a blistering opinion piece on the Huffington Post Wednesday.

The indie studio chief is known for his willingness to engage in a rowdy brawl — whether it be with the ratings board, journalists or, in this case, a rival studio. In the blog, he argued that titles are often used and repeated, citing this summer's comedy "The Heat," which mirrors the 1995 Michael Mann film "Heat" and an upcoming Jason Statham film that is also called "Heat."

"What the hell do they need the title for?" Weinstein writes. "They're not making a movie called The Butler. There's a 1916 silent movie. Come on. If we were watching this as a movie, we'd say this smells. Where's the culprit at the end of this?"

He also reiterated his charges he made Tuesday on "CBS This Morning" that  two executives at Warner's said they would surrender the company's claim to a 1916 short film called "The Butler" if he gave back his stake in the J.R.R. Tolkien fantasy adaptation.

"This was used as a bullying tactic," Weinstein wrote, also repeating his morning-show charge. "This was the big guy trying to hit the small guy."

The Weinstein Company earns a percentage of profits from “The Hobbit” films because of a pre-existing rights deal.

Warner Bros. has aggressively rejected Weinstein’s claims that there is any connection between "The Butler" dispute and "The Hobbit."

"The Butler" tells the story of an African-American butler who served several presidents in the White House. It stars Forest Whitaker and was directed by Lee Daniels ("Precious").

Weinstein wrote that the title dispute means that his studio has had to pull 5,000 trailers from theaters and take down its website. He claims that if he runs commercials with the title the studio faces  $25,000 in daily penalties from the MPAA.