Harvey Weinstein’s lawyers on Monday failed in their attempt to postpone his Los Angeles criminal trial despite the coming wave of publicity for “She Said,” the feature film about two New York Times reporters who blew the scandal open in 2018.

“I’m not [postponing] the trial,” Judge Lisa Lench said Monday, according to Variety, rejecting the disgraced mogul’s lawyers’ argument that the doc would unduly influence the jury pool. “We’ll just have to deal with it.”

With that, Weinstein is set to go on trial for 11 felony counts beginning with pretrial hearings and jury selection starting Oct. 10. Opening statements are scheduled for Oct. 24.

“She Said” comes out Nov. 18, though Weinstein’s lawyer Mark Werksman argued Monday that billboards, digital campaigns and other pre-release publicity will be well underway by mid-October. Werksman did not immediately respond to a request for comment Monday. 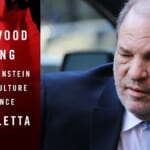 The prosecution, meanwhile, argued that postponement would be even worse — since it would give potential jurors the chance to see the film and be exposed to awards-season ad campaigns from distributor Universal.

“She Said” is based on the book by New York Times reporters Megan Twohey and Jodi Cantor, and will premiere at the New York Film Festival, which starts next month.

Weinstein was charged with rape in New York in 2018 after Twohey and Cantor’s reporting was published by the Times. Two years later, a Manhattan jury convicted him; he was sentenced to 23 years, though he was recently granted the right to appeal that verdict.

Weinstein’s lawyers also argued that the appeals process in New York state’s highest court should play out before the Los Angeles trial proceeds, since a reversal could impact the Los Angeles trial — but Lench dismissed that argument also. Weinstein has been housed in a California jail since July awaiting court.

According to Variety, Weinstein’s attorneys also asked the judge to look into getting his missing teeth replaced while in jail so he does not appear “indigent” as a witness. The judge said she would consider the matter but did not commit to granting improved dental care for the disgraced Oscar winner.