Harvey Weinstein’s lawyers successfully dismissed one of 11 sexual assault charges that the former producer faces in his Los Angeles trial, with a judge ruling that it fell outside the statute of limitations.

Back in July, TheWrap reported that a judge rejected Weinstein’s bid to dismiss two of the charges against him but that a third count of sexual battery by restraint, or Count 5, would need to be amended. The prosecution did amend the charge, but a rep for the Los Angeles County District Attorney’s office told TheWrap that Count 5 was now dismissed by the judge.

“Mr. Weinstein faces very serious charges. Ten of the 11 counts stand. We are taking appropriate steps so that justice prevails in this case,” Alex Bastian, special advisor to the Los Angeles County DA, said in a statement to TheWrap.

Weinstein earlier in July pleaded not guilty to 11 charges of rape and sexual assault after being extradited to Los Angeles. The charges are connected to rape and assault allegations from five women, with the reported incidents taking place between 2004 and 2013. Count 5 in particular stems from an accusation from May 11, 2010, in which Weinstein was accused of assaulting a woman in a Beverly Hills hotel room. 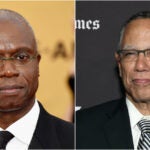 Weinstein is being held without bail in the Twin Towers jail in downtown Los Angeles.

Before his extradition to Los Angeles, he was previously convicted of rape and sexual assault of two women in New York and sentenced to 23 years in prison.