Harvey Weinstein pleaded not guilty to 11 counts of rape and sexual assault on Tuesday after being extradited to Los Angeles.

Weinstein only spoke once during the arraignment hearing, saying, “Thank you very much” after Judge Sergio Tapia wished him “good luck.” Weinstein was previously convicted of rape and sexual assault of two women in New York and sentenced to 23 years in prison.

Attorneys for Weinstein have filed a motion to dismiss three of the counts against him, arguing that the statute of limitations has expired. The charges are connected to rape and assault allegations from five women, with the reported incidents taking place between 2004 and 2013. 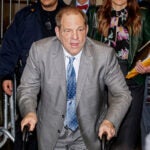 “Anyone who abuses their power and influence to prey upon others will be brought to justice,” Los Angeles District Attorney George Gascón said in a statement.

Harvey Weinstein is currently being held at the Twin Towers Correctional Facility in downtown Los Angeles. If convicted, he could face a maximum of 140 years in prison, though he will be sent back to New York to serve the remainder of his sentence there following the Los Angeles trial. Defense attorneys have appealed the New York ruling, arguing that Weinstein was denied the right to a fair trial due to faulty rulings from the judge. 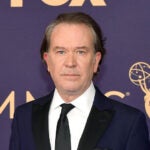