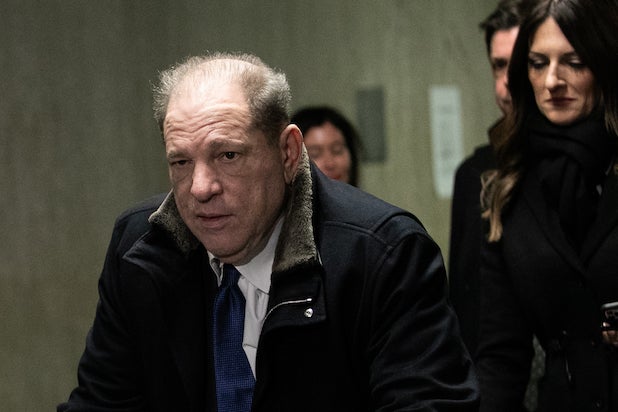 Opening statements for the Harvey Weinstein trial begin on Wednesday morning, marking the beginning of what is sure to be a contentious two months filled with witness testimony, cross examination and legal argumentation.

Veteran criminal defense attorney Mark Geragos said neither side has an obvious win based on the evidence that’s emerged so far. “I think it’s a mixed bag for this jury,” he said. “Part of being a trial lawyer is having unwavering confidence to mask your anxiety.”

The crux of the defense’s case is that the sexual relationships between Weinstein and the complaining witnesses were consensual. Damon Cheronis, one of Weinstein’s lead attorneys who will give his team’s opening statement, said he will reference “dozens and dozens and dozens” of emails between Weinstein and the witnesses to show to the jury why his side believes Weinstein is not guilty of of five felony counts of predatory sexual assault and first- and third-degree rape. (The emails in question were first obtained by Weinstein’s former attorney Benjamin Brafman and released in a 2018 defense motion. Some of the messages include a witness writing, “I love you, always do. But hate feeling like a booty call. :).”)

“We will counter [the witnesses] with their own words where they describe loving relationships, where they describe sexual relationships with Mr. Weinstein, [where they consider Mr. Weinstein as] somebody they care about both before and after the alleged sexual assaults,” Cheronis said in court on Tuesday morning. He also claimed that some of the emails would show witnesses “brag about being in sexual relations” with Weinstein.

“Opening statements, as the court is aware, is time for a lawyer to talk about what the evidence will show,” he added. “Nothing I say in my opening statement is going to be out of bounds with what these witnesses have said.”

Meanwhile, the prosecution — led by Assistant District Attorneys Joan Illuzzi and Meghan Hast — must demonstrate, beyond reasonable doubt, that Weinstein is guilty. To do so, the state will use testimony from “prior bad acts” witnesses, including actress Annabella Sciorra, to argue that Weinstein engaged in a pattern of predatory behavior. The prosecution will also likely rely on expert testimonies to help dispel misperceptions about how victims of sexual assault or harassment interact with their abusers in the aftermath.

One such misperception could directly relate to those emails between Weinstein and his accusers. In a Tuesday call with reporters hosted by Time’s Up, Joan Cook, an associate professor of psychiatry at the Yale School of Medicine, said that it’s a “common response” for victims of sexual assault to maintain friendly communications with their abusers.

“A victim’s behavior can seem surprising to those of us on the outside,” Cook said. “Humiliated, demeaned survivors will sometimes do the opposite of (what) we might expect. Rather than run, they cling; rather than report, they cajole, they bargain, they flirt, and they do everything they can to stay in the good graces of their perpetrator.”

Though the prosecution was not as forthcoming on Tuesday about what they would say in their opening statements, Illuzzi said Hast — who is giving the opening statement — will display photographs of the testifying witnesses for the jurors.

Geragos said this could help jurors better familiarize themselves with the women. “It certainly doesn’t hurt if you’ve got a flattering picture of somebody. At least you’ve explained what the case is about so that they can put a name to the face. I think that’s helpful,” he said.

Opening statements will begin on Wednesday at 9:30 a.m. ET.