Like the pinch-hitter who only comes to the plate once a week, Pixar’s box-office batting average has gotten little respect. How difficult could it be to have a string of hits when you've released fewer than one movie a year, for 15 years?

But the weekend release of “Toy Story 3” — extending to 11 an uninterrupted string of No. 1 openings — has made the Emeryville, Calif., studio's success hard to overstate.

“No one that we know of has ever opened 11 pictures in a row in first place,” noted Disney theatrical distribution chief Chuck Viane, discussing the second sequel's $110.4 million opening. (That was the weekend's final, revised figure.)

Indeed, both in the realms of animation and live-action movies, lab-coated researchers at TheWrap couldn’t find a single studio, production company or filmmaker who has strung together 11 consecutive films that have topped the box office on their debut weekends.

In terms of sustained success over a comparable time period, the erstwhile Walt Disney Animation Studios linked together quite a run from 1950-1970, a gambit that started with “Cinderella” and culminated with “The Aristocats.” Along the way: “Alice in Wonderland,” “Peter Pan,” “Lady and the Tramp,” “Sleeping Beauty,” “One Hundred and One Dalmatians” and “The Jungle Book." 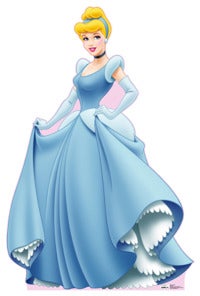 In the pre-open-wide era, however, it's hard to tell what kind of box office ranking each of these films enjoyed initially.

Meanwhile, director Steven Spielberg put together a rather incendiary decade at the box office starting in 1975 with "Jaws" — a streak that also included "Close Encounters of the Third Kind," "E.T.: The Extra-Terrestrial," "Raiders of the Lost Ark" and sequel "Indiana Jones and the Temple of Doom."

But interspersed were efforts like "1941" (which opened behind "The Jerk" in 1979), and limited openings like "Empire of the Sun."

In the 12-year span between DreamWorks' seminal computer-animated effort, 1998’s “Antz,” and the May release of “Shrek Forever After,” DWA has released 20 animated films, 13 of which have opened at No. 1.

Cumulatively, those 20 movies have grossed about $7.4 billion worldwide, giving DreamWorks a per-film average of about $370 million — with the fourth “Shrek” still in the market.

Pixar, meanwhile, has cumulatively grossed $5.7 billion across its 11 films – with the bulk of “Toy Story 3’s” gross still pending – for a per-film average of more than $520 million.

It’s worth noting that DreamWorks Animation has gone on a streak of its own of late, with its last five titles opening at No. 1, starting with 2008’s “Kung Fu Panda.”

As film critic Roger Ebert tweeted Monday: "Pixar is the only studio that is a movie star."