Marvel’s last television series of 2021 ends the year on a cheerful note, at least in terms of its Christmas classic-loaded soundtrack. The show follows in the footsteps of “Wandavision,” “The Falcon and the Winter Soldier,” “Loki” and “What If…?” but is very distinctly set at Christmastime.

“Hawkeye“ homes in on Clint Barton (Jeremy Renner), who has worn the mantle of Hawkeye thus far in the MCU. But post-blip Barton will soon have to share the mantle when Kate Bishop (Hailee Steinfeld), another talented archer and also one of his biggest fans, comes on the scene to help him deal with some past enemies. Florence Pugh also appears as Yelena Belova, sister to the late Natasha Romanoff (Scarlett Johansson).

The series airs its Season 1 finale this Wednesday, just a couple of days before Christmas, and given the bevy of holiday classics in the soundtrack thus far we put together a list of all the Christmas songs in “Hawkeye.” Not only that, but we’ve also created a Spotify playlist so you can listen to the tracks at your leisure. 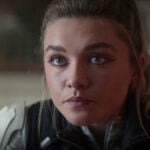 While TheWrap couldn’t find certain specific versions of some of the songs for the Spotify playlist, we did our best to secure most of the holiday-themed soundtrack (songs we couldn’t find are bolded) to “Hawkeye,” gathering the songs by episode and putting them into the playlist below. 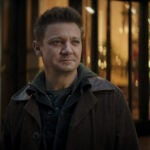