HBO announced Tuesday that Urvashi Pathania, Jesse Gi and Jess X. Snow are the three finalists of the fifth annual Asian Pacific American Visionaries, a short film competition which showcases cinematic storytellers of Asian and Pacific Islander descent. The finalists were selected from hundreds of submissions and were judged by a panel of HBO executives, industry leaders and fellow APA filmmakers. 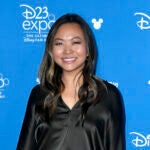 Pathania’s “Unmothered” follows an Indian American woman is forced to go back to “the old country” to scatter her mother’s ashes. There, she uncovers more about the family she took for granted and the secrets they hold close to them.

Gi’s “Neh” is centered on a young Korean American on a date, who attempts to hide an embarrassing secret.

Snow’s “Little Sky” tells the story of a non-binary Chinese-American drag star who returns to their home town to confront their estranged father about the childhood memories that continue to seep into their life, despite all their success and accomplishments. 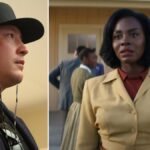 Also Read:
‘Them’ Director Nelson Cragg on Working With Other Creatives of Color and Why Hollywood ‘Desperately Needs Fresh Voices’

The finalists’ films will premiere during the 2021 Los Angeles Asian Pacific Film Festival, presented by Visual Communications, on Saturday September 25. Along with the festival premiere, HBO Max will debut the films on September 27.

The APA Visionaries competition was created by HBO in 2016 to provide a platform for Asian Pacific American stories to “further the dialogue about representation in Hollywood and the importance of diversity in entertainment,” according to a press release.

“I’m very proud of this year’s contestants. The filmmakers were able to showcase authentic stories with such intimacy, and oftentimes humor, exploring complex family dynamics, and overcoming personal and generational trauma,” said Jamie Chung, the APA Visionaries 2021 Ambassador. “Through these shorts we are left feeling inspired and hopeful. Congratulations to this year’s contestants and winners!” 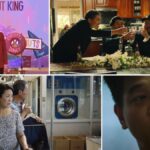 Pathania (“Unmothered”) is a writer/director whose films explore emotions as pathways to knowledge. For more on her and her work, visit her website: http://www.urvashipathania.com.

Gi (“Neh”) is a second generation Korean-American writer, director whose stories focus on extraordinary endurance, sacrifice, and unflinching ambition influenced by his immigrant family and community. For more on him and his work, visit his website: https://jessegi.com.

Snow (“Little Sky”) is a non-binary film director, artist, poet and community arts educator who creates queer Asian immigrant stories that transcend borders, binaries and time. For more on them and their work, visit their website: http://www.jessxsnow.com.