HBO Max and HBO have a combined 45.2 million U.S. subscribers, AT&T revealed in its third-quarter 2021 earnings report Thursday. That’s down from the 47 million combined subs the WarnerMedia parent company reported for its premium cable channel and streaming service at the end of Q2, and a loss the company saw coming after removing the HBO subscription option from Amazon Channels.

But globally, the services have topped 69 million customers.

Per AT&T, HBO and HBO Max lost 1.8 million domestic subscribers by the conclusion of the quarter ended Sept. 30. Worldwide, the total number of customers between the two services has reached 69.4 million, up 12.5 million year over year. The company said that growth is “thanks to strong international and ad-supported subscriber growth, which offset WarnerMedia’s strategic decision to remove the HBO subscription from Amazon Prime Channels.” 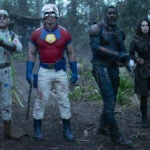 In the breakdown of domestic subscribers, 29 million are “wholesale” customers who have access to HBO Max through a provider (like DirecTV, Comcast or Verizon Fios), while 12.6 million “retail” customers subscribe directly to HBO Max (either the commercial-free or ad-supported versions) through WarnerMedia. The rest of the U.S. tally is made up of 30,000 HBO customers and 3.5 million HBO “commercial” subscribers.

HBO Max’s global rollout began at the very end of Q2, when the service launched in Latin America and the Caribbean on June 29. More territories will be getting the platform soon, with a large European launch set for Oct. 26. 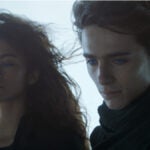 WarnerMedia launched its ad-supported version of HBO Max, which costs $9.99 per month, on June 2, more than a year after the commercial-free option debuted. Also during Q2, the long-awaited “Friends: The Reunion” special featuring the original stars of the hit Warner Bros. TV-produced comedy finally premiered on HBO Max. The unscripted event, which began streaming May 27, was originally supposed to be a launch title for HBO Max last May, but was delayed due to the pandemic. 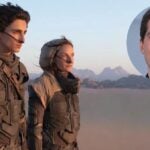 In March, AT&T updated its long-term forecast, saying it expects HBO Max and HBO to reach between 120 million and 150 million subscribers worldwide by the end of 2025.

On May 17, AT&T announced it was spinning off WarnerMedia (and thus HBO and HBO Max) into an independent company that will merge with Discovery, Inc. The full valuation of the newly combined company, named Warner Bros. Discovery, is estimated to be $130 billion.

The company’s executives will host a conference call at 8:30 a.m. ET to discuss the results in greater detail.