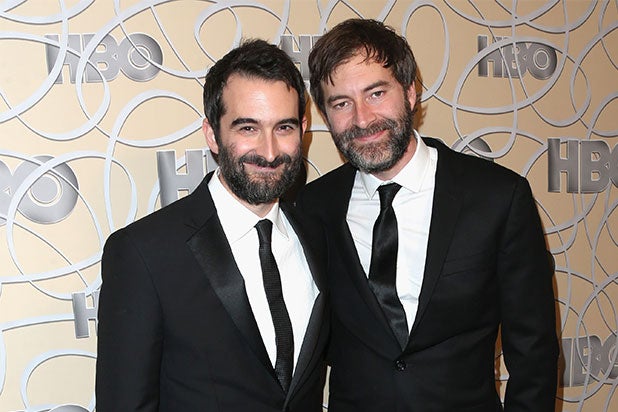 HBO has signed a first-look deal with Mark and Jay Duplass, the network announced on Tuesday.

The deal extends a relationship between HBO and DBP which saw the duo create and executive produce the anthology “Room 104,” and the 2015 dramedy “Togetherness.” Duplass Brothers Productions also produced the animated series “Animals,” which ran for three seasons. They were previously under an overall deal with HBO.

In addition to their work at HBO, Duplass Brothers Productions’ TV credits also include the Netflix docuseries “Wild Wild Country,” “Evil Genius,” and “On Tour With Asperger’s Are Us” for HBO.

On the film side, the company’s recent productions include “The One I Love,” “Tangerine,” the “Creep” franchise, “Paddleton” and the upcoming “Horse Girl.”

Mark Duplass currently stars on “The Morning Show” at Apple TV+ and recently appeared in the Fox News drama “Bombshell,” while Jay starred on all four seasons of Amazon’s “Transparent,” which premiered its feature-length musical finale last fall.

The Duplass Brothers are represented by ICM Partners.