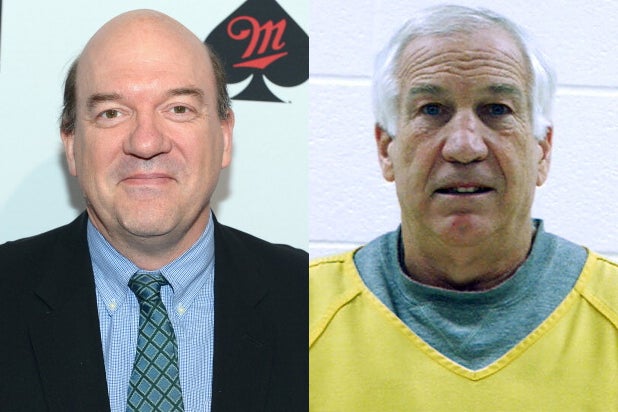 “We have not killed the project, so to say so inaccurate,” said the rep in a statement. “We have suspended pre-production for a moment to deal with budget issues, but the project is still intact at HBO with the entire creative team as before.”

“Happy Valley” tackles the molestation scandal that rocked the nation in 2011 after Penn State University’s assistant football coach Jerry Sandusky was caught in the locker room showers with a child. Soon thereafter, allegations surfaced that he had molesting multiple children over a period of over a decade.

The school’s legendary head coach Joe Paterno was also implicated in a university-wide cover-up of the abuse.

Sandusky, now in prison, was eventually convicted of 45 counts of sexual abuse against minors. Paterno died in 2012, while the investigation was still ongoing.

As TheWrap previously reported, Al Pacino (who teamed with De Palma on “Carlito’s Way” and “Scarface”) and John Carroll Lynch are attached to star in “Happy Valley” as Coach Paterno and Coach Sandusky, respectively.