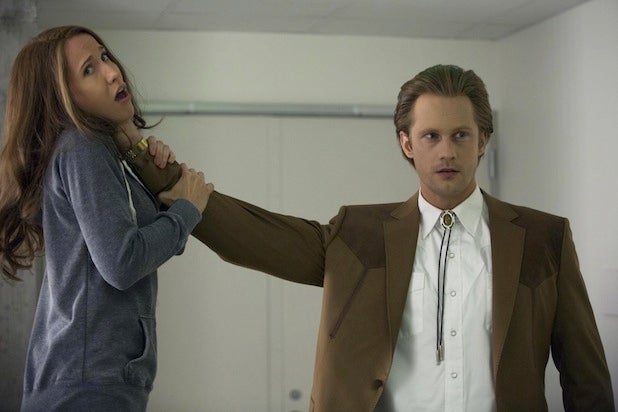 The episode marked the return of Eric (Alexander Skarsgard) to action as he and progeny Pam (Kristin Bauer van Straten) hunted down Sarah Newlin (Anna Camp).

Also read: ‘The Leftovers’ Reviews: Is Damon Lindelof’s New HBO Show Worth the Premium Cost or Bound to Get ‘Lost’?

Sunday’s “Leftovers” (Episode 104) surrounded the drama of a missing baby Jesus from its nativity scene.