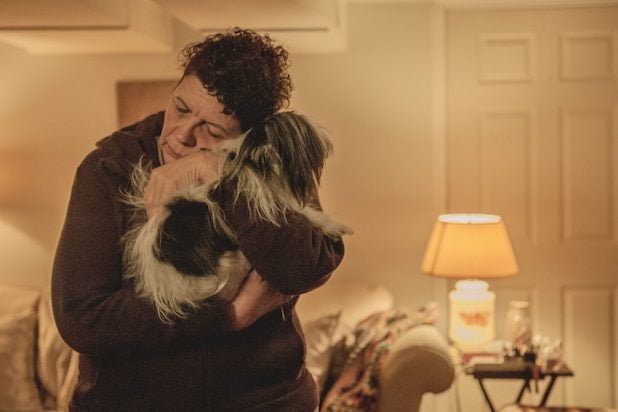 The jury at the festival also recognized Merawi Gerima’s “Residue” with an honorable mention, and “Residue” also took home the audience award for narrative feature.

“We congratulate the winners of Slamdance 2020 and we celebrate all of our new filmmakers who have shown us that the art of filmmaking is brilliantly alive,” Slamdance co-founder Peter Baxter said in a statement. “This next generation collectively brings us art formed in risk taking, bravery and the unexpected. It’s not just their characters who are on an adventure. It’s the filmmakers as well and Slamdance will continue to be their companion.”

Also Read: The Scene From TheWrap at Sundance (Photos)

“The Grand Jury Award for Narrative Feature goes to ‘Murmur,’ the quietly devastating debut feature from Canadian filmmaker Heather Young. This richly detailed and deeply humane drama offers an insightful and sympathetic portrait of a lonely woman — affectingly portrayed by newcomer Shan McDonald — who goes to self-destructive extremes while attempting to fill the gaping void in her life,” the jury said in a statement. “An honorable mention goes to Merawi Gerima’s mesmerizing first feature, ‘Residue,’ which is at once inventive, poetic and angry about issues of identity, gentrification and the difficulty of returning home.”

Director Brian Morrison’s “Bastards’ Road” won the 2020 Audience Award for Documentary Feature. “Shoot to Marry,” directed by Steve Markle, walked away with this year’s Best of Breakouts Audience Award, given to films in the festival’s Breakouts Section, which showcases filmmakers who have made a feature before.

This year, the festival also offered the AGBO Fellowship, presented by Slamdance alumni Joe and Anthony Russo of “Avengers: Endgame” fame. The prize was awarded to Carlota Pereda, director of “Piggy.” Pereda will receive a $25,000 prize designed to enable a deserving filmmaker the opportunity to continue their journey with mentorship from the Russos as well as development support from their studio.

“Carlota Pereda’s ‘Piggy’ is a punch to the face. An accomplished mix of biting social commentary and emotionally devastating filmmaking. We’re extremely proud to present her with this year’s AGBO Fellowship. And we look forward to supporting her work in the future,” the Russo said in a statement.

Also Read: 'Save Yourselves!' Writers Wrote the Script for Lead Sunita Mani (Video)

Check out the full list of winners from the festival below: