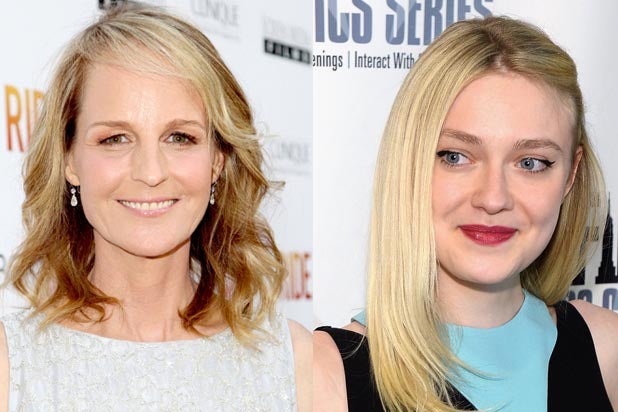 Helen Hunt and Dakota Fanning have signed on to play the leads in “Please Stand By,” the next drama from “Sessions” director Ben Lewin.

Fanning (“The Twilight Saga”) is playing a brilliant young woman with autism who escapes her care home to embark on a journey to Hollywood in order to deliver a screenplay for a competition. Hunt, who garnered an Oscar nomination for her supporting role in “Sessions,” is playing the caretaker who is in hot pursuit of Fanning.

“Please Stand By” was written by Michael Golamco (“Grimm”) and being produced by Daniel Dubiecki (“Up In the Air”) and Lara Alameddine (“Money Monster”) for production company The Allegiance Theater. Todd Wagner and Mark Cuban’s 2929 Productions is financing.

Hunt can currently be seen in theaters in “Ride,” a comedy-drama she wrote and directed. TheWrap‘s James Rocchi called her work on all fronts “superb” in his review.

Fanning, who is perhaps best known for her work on screen in her younger years, continues to star in a steady number of projects, including last month’s release “Effie Gray.”