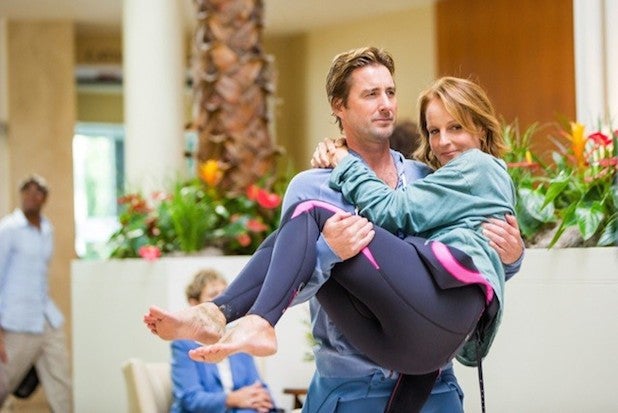 Screen Media announced on Tuesday that it was going for a “Ride” with Oscar-winning actress and filmmaker Helen Hunt.

The independent distributor has acquired her second movie as a director, which is a follow-up to 2007’s “Then She Found Me.”

The film is about “an editor from The New Yorker magazine (Helen Hunt) follows her son (Brenton Thwaites) to LA after he drops out of college to surf and find himself, she ends up being the one thrust into a sea change of self-discovery. In this comedy, she befriends a limo driver (David Zayas) rediscovers her sexuality with a younger surf instructor (Luke Wilson) and begins to heal her fractured relationship with her son and herself.”

Hunt, who wrote, directed and produced the film, said, “I made this movie for mothers, sons, fathers, daughters, surfers and people who fall apart and come back together. Screen Media is the perfect place to get RIDE to its audience. We’re so excited to partner with them.”