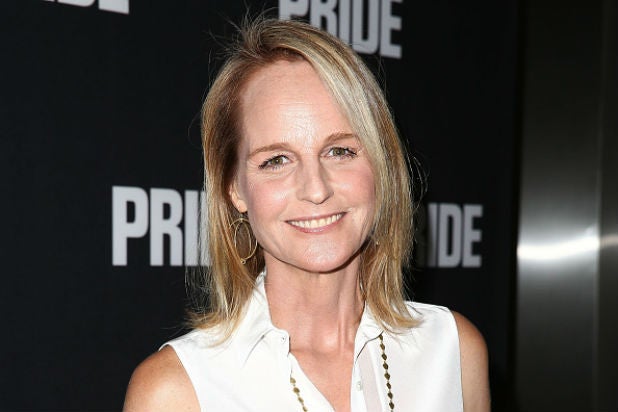 Oscar-winning actress Helen Hunt will star in the indie horror thriller “I See You.”

Adam Randall (“iBoy”) will the direct the film from a script by Devon Graye. Production will begin later this summer in Cleveland.

Hunt will play the adulterous and well-heeled wife of the lead investigator of a child abduction case that has brought the spotlight to a similar case from years ago. As her guilt slowly gnaws away at her grip on reality, a malicious presence begins manifesting itself in their home that puts their young son in mortal danger.

An unexpected change in perspective reveals a ghost from the past, and the cold hard truth about the real evil in household.

Matt Waldeck will produce for Zodiac Features, and Ben Hecht will executive produce for Zodiac, alongside Hilary Davis, Stephen Kelliher and Patrick Howson for Bankside Films, and Phil Hunt and Compton Ross for Head Gear Films.

CAA packaged the film and will co-represent domestic sales with Bankside Films, which is also representing international rights.

Hunt recently starred in the Fox series “Shots Fired” and wrapped production on two upcoming indies, “Candy Jar” with Christina Hendricks and Uzo Aduba, and “Live Like Line” with William Hurt. She has also directed recent episodes of “Life in Pieces,” “This Is Us” and “Feud: Bette and Joan.”

Adam Randall most recently co-wrote and directed the subversive superhero movie, “iBoy,” for Netflix, which was produced by Gail Mutrux, Wigwam Films & XYZ.

Both are repped by CAA.