"Golda," a drama about Israel's only female prime minister and the "Iron Lady of Israel," Golda Meir, was acquired by Bleecker Street and ShivHans Pictures. Helen Mirren stars in the biopic as Meir.

Guy Nattiv ("Skin") is directing "Golda," and the film will go into production this October in Europe. Bleecker Street and ShivHans acquired the U.S. rights. No release date plans were set.

"Golda" is a political thriller set during the Yom Kippur War in 1973 that follows Meir's controversial decisions and responsibilities during that time. Nicholas Martin ("Florence Foster Jenkins") wrote the screenplay. 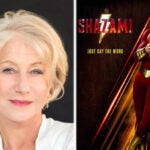 “History recalls Meir gracefully accepted her role as political scape-goat for the Yom-Kippur War – and, in revisiting her story, 'Golda' intimately draws the cinema audience up-close and personal to a globally influential woman facing the pressure of saving her people and, in never shying away from her own failings, acting with the utmost humanity. Amidst all global controversy, she stands apart,” producer Michael Kuhn of Qwerty said in a statement.

ICM Partners and CAA Media Finance negotiated the U.S. pre-sale on behalf of Kuhn ("The Duchess") with Kent Sanderson and Avy Eschenasy of Bleecker Street and Julie Goldstein of ShivHans. Andrew Karpen of Bleecker Street and Shivani Rawat of ShivHans Pictures are serving as executive producers. Embankment has also concluded multiple pre-sales for "Golda" in international territories.

Bleecker Street's upcoming releases include the documentary "The Loneliest Whale," the Berlin prize winner "I'm Your Man" and "Mass." ShivHans Pictures expanded into distribution in 2019 and co-released "Hotel Mumbai" with Bleecker Street.

Also Read:
Cannes 2021: What Has Sold So Far, From 'Flag Day' to 'Bergman Island' (Updating)
x
Looks like you're enjoying reading