These days, perhaps more than ever before, we really need a little kindness in our lives. We need Jack McBrayer going full “30 Rock” Kenneth Parcell in the trailer for his new live-action Apple TV+ kids show, “Hello, Jack! The Kindness Show.”

Grab your kiddos and watch the sweet “Hello, Jack!” trailer via the video above. And then go hug a stranger. 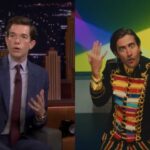 Here’s more for parents, straight from the show’s logline: “Hello, Jack! The Kindness Show” invites preschoolers into a world where a little act of kindness can change the world. Alongside series regulars McBrayer, Markita Prescott and the recurring Albert Kong, special guest visitors will include Paul Scheer and Sam Richardson.

Jack inspires kids to solve problems with heart, the logline continues. The series showcases stories where acts of kindness are shown through “The Three C’s” – caring, connecting and cascading – from one person to another. 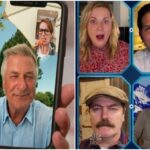 Also Read:
’30 Rock’ vs ‘Parks and Rec’ Reunion Ratings: Reunited, but Does NBC Feel So Good?

Junlei Li, the Saul Zaentz senior lecturer in Early Childhood Education at the Harvard Graduate School of Education, serves as the kindness and human connection expert on the series. He sounds qualified.