Zack Snyder, the director behind “Batman v Superman: Dawn of Justice” and the upcoming “Justice League,” shared a behind-the-scenes photo of Henry Cavill auditioning for the role of superman.

In the photo, Cavill is wearing a replica of Christopher Reeve’s Superman suit. Snyder captioned the photo: “First test with Henry. I knew right away he was my Superman.” Reeve played the hero in the 1978 film “Superman.”

Snyder shared the test shot of Cavill donning the late Reeve’s suit on his account on the social media site Vero (see it below).

“We didn’t have the suit made when Henry was auditioning, so he wore the original Christopher Reeve suit,” Snyder told DuJour in 2016 (via Entertainment Weekly). “He put it on and when he came out of the trailer, everyone was like, ‘Dang, you’re Superman!'”

“He walked out and no one laughed. Other actors put that suit on and it’s a joke, even if they’re great actors,” Snyder continued. “Henry put it on, and he exuded this kind of crazy-calm confidence that just made me go, ‘Wow. Okay, this is Superman.'”

Cavill told EW in an interview that he was nervous to try on the original suit. “All I could think was, Oh, God, they’re going to look at me and go, ‘He’s not Superman. Not a chance.'”

Take a look at the Man of Steel in the photo below: 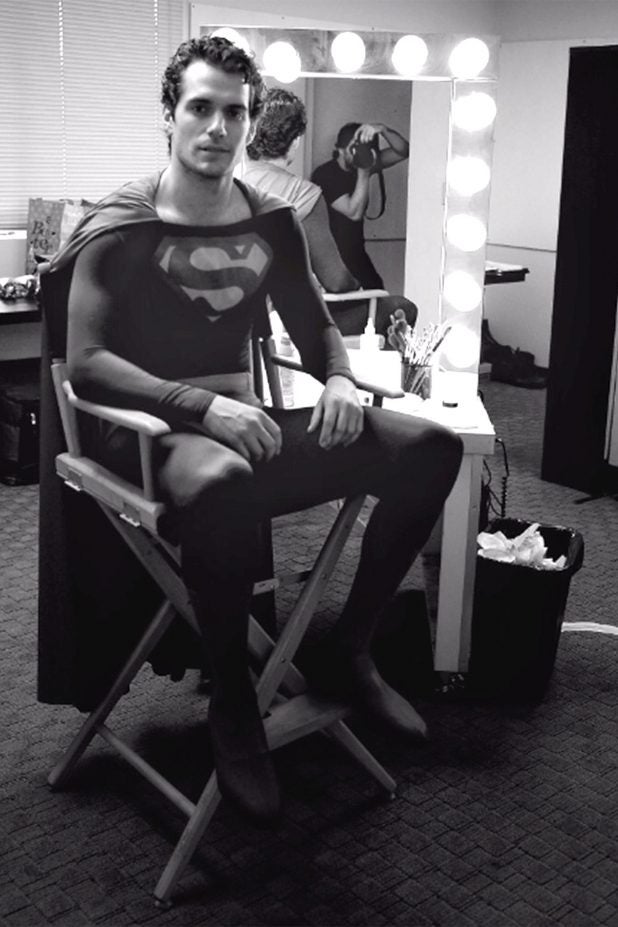 ”Batman v Superman“ is the ninth live-action ”Superman“ flick, and it’s not the worst