Henry “Nacho” Laun, a recurring guest star on A&E reality series “Wahlburgers,” died from “complications of acute cocaine intoxication,” according to his death certificate. The manner of death was listed as “accidental.”

TMZ obtained the death certificate from the Commonwealth of Massachusetts. Read the document here.

Laun, who died on June 1 at Beth Israel Deaconess Hospital in Plymouth, Massachussets, was cremated on Saturday. He was born Nov. 28. 1966 in Boston. 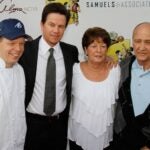 Also Read:
Alma Wahlberg, Star of ‘Wahlburgers’ and Mom to Mark and Donnie, Dies at 78

According to the 54-year-old’s death certificate, Laun was never married. The document lists his occupation as “TV Personality/Entertainment.”

Laun appeared on five episodes of “Wahlburgers,” according to IMDb. From 2014-2019, the cable series aired 42 episodes.

Nacho made the most out of those appearances. He was perhaps best-known for crazy eating tricks, like drinking a full glass of Tabasco sauce. Watch a clip of that at the bottom of this post. 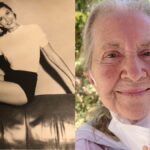 Laun was found in his vehicle at a gas station in mid-May, according to TMZ. He was placed on life support at the hospital, but did not pull through.

“Wahlburgers” centered on the franchised burger joint of the same name, which was founded by Paul Wahlberg. Paul is the brother of Mark Wahlberg and Donnie Wahlberg. Their mom, Alma Wahlberg, who appeared in most “Wahlburgers” episodes as the main restaurant’s greeter and hostess, died in April. She was 78.

Here is the “Wahlburgers” synopsis, straight from A&E: The youngest of nine siblings, Mark and Donnie are no strangers to being in the spotlight, but now it’s older brother Paul’s turn to shine as he takes on the challenges of running a burger joint that touts the family name. Even with his brothers’ full support, this proves no easy task as he gets caught up in a whirlwind of bustling kitchens, an impending expansion and everything in between. But, no matter what, Paul is careful to capture the flavor of their Dorchester home in every aspect of the restaurant.