Born in Bakersfield and raised in Venice, CA, Linville established herself an actress in the mid-‘50s and ‘60s, gaining guest roles on “Studio One,” “Alfred Hitchcock Presents,” and “Kraft Theatre.”

While Linville never became a series regular, she continued to work steadily with guest appearances on “Charlie’s Angels,” “Dynasty,” and “L.A. Law.” 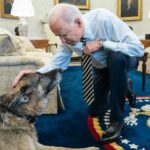 Linville is best remembered for her role as the first female actor to play a Romulan in the “Star Trek” franchise in 1968.

Shifting into a teaching role by the 1980s, Linville opened an acting conservancy with her teacher Stella Adler. She also authored the book “Seven Steps to an Acting Craft.”

CAA’s press release announcing her death stated that Linville lived a full life, “one whose spirit, passion for art and life was an inspiration to all who had the pleasure of knowing her.”

Along with her ex-husband director Mark Rydell, with whom she had two children, Christopher and Amy, she is survived by her grandchildren, Austen, Ruby and Ginger and great-grandson Kingston Fisher Lourd Rydell.