In what has been a very good year for animated features, Henry Selick’s “Coraline” sometimes feels overlooked alongside the juggernaut that is “Up” and the new critics fave “Fantastic Mr. Fox.” But Selick’s dark, creepy and delightfully imaginative take on Neil Gaiman’s novel, the first animated film to be released in 2009, remains one of the year’s most favorably-reviewed films, and a heavy favorite to land one of the five slots in the expanded Oscar animation ballot.

Before “Coraline,” Selick was best known for directing “The Nightmare Before Christmas” for writer-producer Tim Burton. A pioneer both in the fields of stop-motion animation and 3-D (before “Avatar,” “Coraline” was widely acclaimed as the best film use of the technique to date), he talked to theWrap about a career spent painstakingly making odd little puppets do strange things. 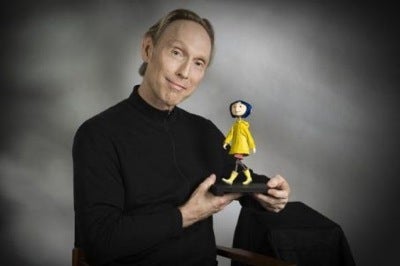 “Coraline” came out way back in February. Are you tired of talking about it yet?
Well, I figure I spend half my time promoting my last movie, and the other half figuring out what my next project will be. But we were the first film out this year, so you’re just happy if people still remember you.

Between “The Nightmare Before Christmas” and “Coraline,” did advances in technology make things easier for you? Or is stop-motion such an old-fashioned process that it’s immune to that?
Actually, “Nightmare” was much easier to make than “Coraline,” for a variety of reasons.  We were fearless making “Nightmare.” We built a solid little team of animators, lighting people, puppet makers … And we weren’t worried about failing.

Also, because of Tim, and the power he had after “Batman,” I had everything I needed to make it work. I’d get memos from [Disney executive] Jeff Katzenberg full of all these notes, and I’d call up Tim and say, “What should I do about all of these suggestions?” Tim would say, “If you like them, use ‘em. If not, ignore ‘em.”

And the process was harder on “Coraline?”
With “Coraline,” we were trying to go back to a more handmade style, with as little CG as possible. We wanted the characters to be alive, and our standards were higher. And also, we were aware of the stakes, and thinking, let’s not f— this up. Plus, it took about five years to find a studio and a distributor. The pressure was much higher.

I’d think that after “Nightmare,” studios would trust you.
Remember, “Nightmare” wasn’t considered a hit at first. It wasn’t even considered a Disney film – it was Touchstone, because we were too weird for Disney. It wasn’t until the cult of “Nightmare” grew that it got to the point where Disney finally looked at it as a real Disney movie. About five years ago they finally embraced it, and then it was like, ‘Oh, we’ve always loved this film!”

Also, after “Nightmare” was when [former Disney chief] Michael Eisner pulled the plug on all 2D animated work and said, “CG is the future, that’s where the money is.” Even though we can do a film like this for about one-third of the cost of a Pixar or DreamWorks CG movie. It’s much cheaper.

Do you feel as if you’re competing against studios like Pixar?
In a way. And it’s tough. If you’re making action movies and you’re like Michael Bay, you can spend more money. It’ll be louder and have more explosions, and people will show up. But when you’re competing against Pixar and DreamWorks and Disney, you want to try to tell great stories, and dance a little closer to the edges.

It’s not easy, because I think Pixar is the most subversive studio in the world. “Wall-E” was subversive. “Ratatouille” – that was a crazy idea for a movie, rats in the kitchen. “Up” is one of the saddest, most powerful relationship stories, and that’s just in the first ten minutes. I went to school with a lot of those guys, they’re my friends, and they can take an audience anywhere.

Have you seen the Australian claymation film, “Mary and Max”?
Yeah. It’s a stupendously powerful movie. We shared first prize at the Annecy Awards, which was great. [Director] Adam [Elliot] is a pioneer, and he’s dealing with the kind of adult subject matter that we don’t get to do.

Are you conscious of having to make your own movies for a young audience?
The bottom line with “Coraline” was, I had to get a PG rating. So I had some pressure on me, and the distributor had fears, because the movie isn’t for little kids. But I always thought we’d get the PG. There were concerns about some puppet nudity, but it turned out okay.

With “Avatar” out, some people are wondering if the 3D revolution has finally arrived. Has it?
Well, it took me a long time to learn how to use 3D well. I have a long association with Lenny Lipton, who’s the father of modern 3D cinema. He’s a wild guy: he wrote the lyrics to “Puff the Magic Dragon” when he was 19, and then he started working in stereoscoping. I did a 3D rock video with him for Viewmaster about 20 years ago, and I’d always check in with him to see how he was doing as he worked to create better 3D.

And maybe six years ago I saw what he had done, and it was staggering. It made my heart race, and I went to [producer] Bill Mechanic and said, “We should use 3D.” Bill said, “This is great, but it’s not in cinemas…” But Lenny’s company was bought by Real D, so it seemed like there’d be enough theaters.

Were there?
I was disappointed that we didn’t see the number of screens we thought we’d get. The projections were four times higher than what we ended up getting, and we only got three weeks on those screens. But for our movie, that’s where the big business was.

So do you think 3D will become standard? 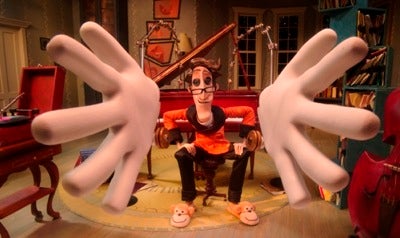 I think audiences will come to expect it. And so people will make it. But for me, I still have to find something in the story that justifies it. It made sense for “Coraline,” but it doesn’t make sense for everything.

What’s your next project?
I’ve actually got three in mind, and I love all three. So I’d like to get all three up and running, and then work with co-directors so I can do all of them.

Can you offer any details?
One of them is an insane comedy that goes into some taboo subjects, for animation at least. Another is more of a journey of the heart. It might seem a little sappy, but we can fix that. And the third one is a first cousin to “Coraline.” I’ve been working on it for a long time, and it’s got a house with a curse, and magic … It’ll be easy to say, “from the director of ‘Coraline,’” which might help with the sales.

Do you ever see yourself doing a live-action film?
I’ve had one live action experience [“Monkeybone”], and it was something of a disaster. It’s not that I don’t like working with live actors, because I do. But the idea of having this huge group of people focused on getting one shot, and they’re all looking at you to tell them what to do … It’s just not what I’m equipped to handle.