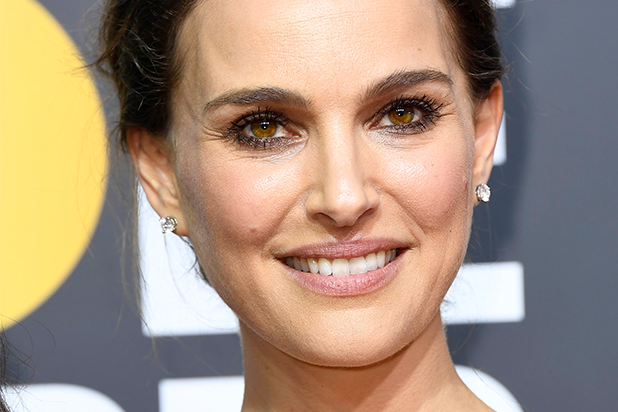 Actress Natalie Portman wittily called out the lack of female director nominees at this year’s Golden Globes while presenting the award for Best Director.

“Here are all the male nominees,” she said as Ron Howard began to list the nominees. The category notably left out Greta Gerwig for directing “Lady Bird,” which won for Best Movie – Musical or Comedy. Gerwig recently won Best Director from the National Society of Film Critics.

Winner Guillermo del Toro did not specifically acknowledge Portman’s comment, but as the music swelled to play him offstage, he asked for it to stop — and then took time to praise “a few fantastic women” who had worked on the film.

Only one woman has ever won the award in the awards show’s 75-year history — Barbra Streisand for her 1984 film “Yentl,” which also won Best Picture that year.

The all-male nominees for the Best Director category included winner del Toro for “The Shape of Water,” Martin McDonagh for “Three Billboards Outside Ebbing, Missouri,” Christopher Nolan for “Dunkirk,” Ridley Scott for “All The Money in the World” and Steven Spielberg for “The Post.”

Portman wore black in solidarity with the Time’s Up initiative, which has raised millions to go towards legal fees for survivors of sexual harassment and assault.