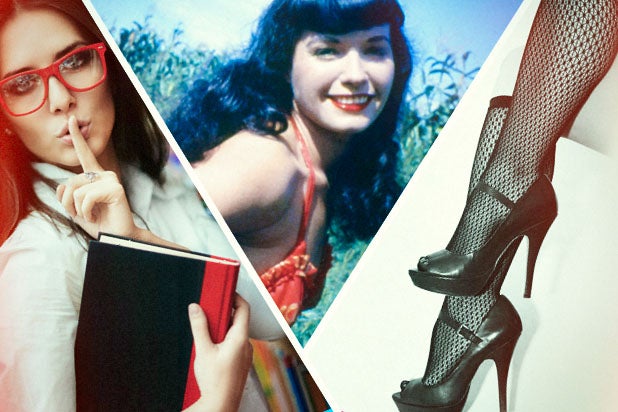 A Hollywood producer is sharing the introductions of female characters in the scripts that cross his desk, and the resulting portraits of women aren’t pretty.

Ross Putman, a producer of indie films and streaming TV, is the author of the Twitter account @Femscriptintros — where he uploads the language used to describe women in screenplays he’s vetting. To protect the individual writers, he’s changed all character names to “Jane.”

“Jane pours her gorgeous figure into a tight dress, slips into her stiletto-heeled fuck-me shoes, and checks herself in the dresser mirror,” one script said.

“His wife Jane is making dinner and watching CNN on a small TV. She was model pretty once, but living an actual life has taken its toll,” another reads.

Response has been a mix of horror and amusement over the antiquated descriptions.

“Laughing/sobbing as I read this feed tweeting ways women are introduced,” said , author of “Wild,” the big-screen adaptation of which earned Reese Witherspoon an Oscar nomination.

What’s more interesting is the talk the account has inspired among writers.

Gary Whitta, screenwriter of “The Book of Eli” and a member of the story team on the “Star Wars” spinoff “Rogue One,” said the account has him reflecting on his own work.

“I’ve been going through my old scripts to see if my female characters would pass the @femscriptintros test. May post results soon,” he said.

Putman’s credits include the films “First Girl I Ever Loved” and “The Young Kieslowski.” He was also a co-producer on the pilot for the Netflix pick-up “Bad Samaritans.”

Read on for a smattering Hollywood scripts’ sexist intros, and the reactions:

Laugh/sobbing as I read this feed tweeting ways women are introduced in scripts. Thanks, @femscriptintros https://t.co/5mha6lyebB

I've been going through my old scripts to see if my female characters would pass the @femscriptintros test. May post some results soon.

Go follow @femscriptintros to see how female roles are introduced in scripts. It's both unreal & how scripts get sold. 2 problems.

JANE, 28, athletic but sexy. A natural beauty. Most days she wears jeans, and she makes them look good.

The woman with strawberry blonde hair. Her eyes are chocolate brown. Her ruby red lips break into a grin. This is JANE (23).

JANE (late 20s) sits hunched over a microscope. She’s attractive, but too much of a professional to care about her appearance.

JANE is in her mid-30s and attractive, even now with dark semi-circles underlining her closed eyes.

All heads turn to find JANE (28) in the doorway: stunning and trying her best to hide it.