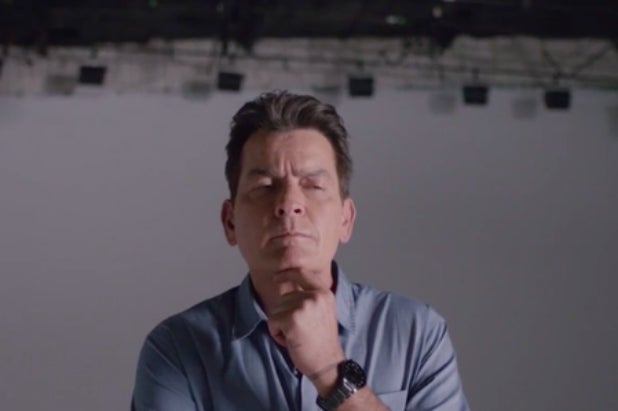 Charlie Sheen talks in a new ad for a condom company about “that fantasy belief” that bad things “can never happen to you.”

Sheen appeared at a Manhattan event Monday to begin a new stage of his career: Acting as a pitchman for a new condom called “HEX,” which has a honeycomb design intended to reduce breakage and slipping, The New York Times reported.

The actor also appears in a new online ad for the product, in which somber music plays as he reflects on his HIV diagnosis and decision to go public with it. He says condoms are often part of a dialogue that people “don’t want to have.”

“It’s uncomfortable, it’s awkward,” he says. “A lot has to do with that fantasy belief thinking ‘that can never happen to them.’ That’s something that I can speak to.”

The ad aims for candor and bluntness. It begins with Sheen taking several moments to find the right words, before he talks about the reason some people don’t use condoms: “I think people associate the word condom with less pleasure,” he said. “With less connection.”

Sheen, the former star of “Two and a Half Men” and “Anger Management,” also talks about how his life has changed since his diagnosis.

You can watch the ad here.