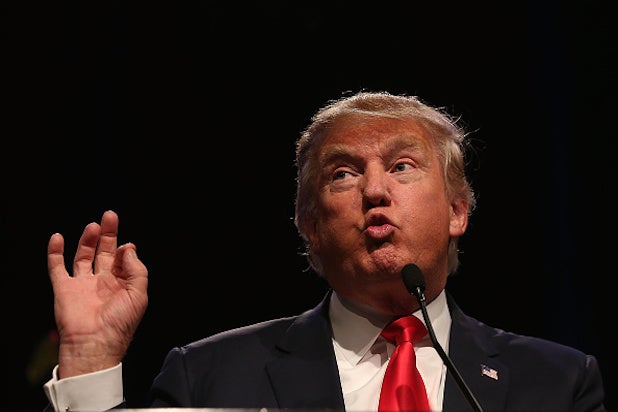 Before he was a presidential candidate, Donald Trump was a reality TV star — and not a very well-liked one.

Trump’s Positive Q score — a measurement used in the entertainment industry to assess a celebrity’s likability — was a mere 7 percent this time a year ago, when the Q Scores company described him as a “business executive who hosts ‘The Celebrity Apprentice.'” The average celebrity earns a 16 percent Positive Q Score.

Trump is a lot more popular as a politician — at least among Republicans. He’s already won the New Hampshire and South Carolina primaries, and hopes to claim Nevada tonight.

Though the GOP frontrunner’s Q Score isn’t an enviable one, though most celebrities would sign up for his high recognition. The Q Scores company found Trump’s Familiarity level among adults was 78 percent.

Also Read: The Most and Least Liked TV Newscasters - From Scott Pelley to Chris Matthews

“I would characterize him as a ‘Love to hate’/’Love to criticize’ personality who stirs the pot of emotions — and he had tracked this way up to this last measurement,” Schafer told TheWrap. He said celebrities like Howard Stern, the Kardashians and Martha Stewart elicit similar reactions.

He added: “Consumers are polarized by the personality, but love to engage with their brands.”

Here’s how Q Scores surveys work: Schafer’s team provides a celebrity’s name and a brief description to more than 1,800 study participants. The viewers are asked if they recognize the person and how they feel about him or her. Schafer’s clients include talent agencies, movie studios, TV networks, etc.

Also Read: The Most and Least Liked Daytime TV Hosts - From Ellen to Wendy Williams

It’s safe to assume Trump’s familiarity has gone up during the primary campaign, but it’s trickier and riskier to guess where his Positive and Negative Q Scores would land.

Ladies and gentlemen, your next President of the United States of America?