OJ Simpson is making the best of his prison sentence.

In a mug shot taken last month, the former football star — who was acquitted of a double murder in 1995 only to be sent to prison for armed robbery in 2007 — smiles out at the world from within the confines of a Nevada prison.

She said the new photo wasn’t taken to coincide with FX’s “The People v O.J. Simpson” or ESPN’s upcoming documentary “O.J. Simpson: Made in America.” 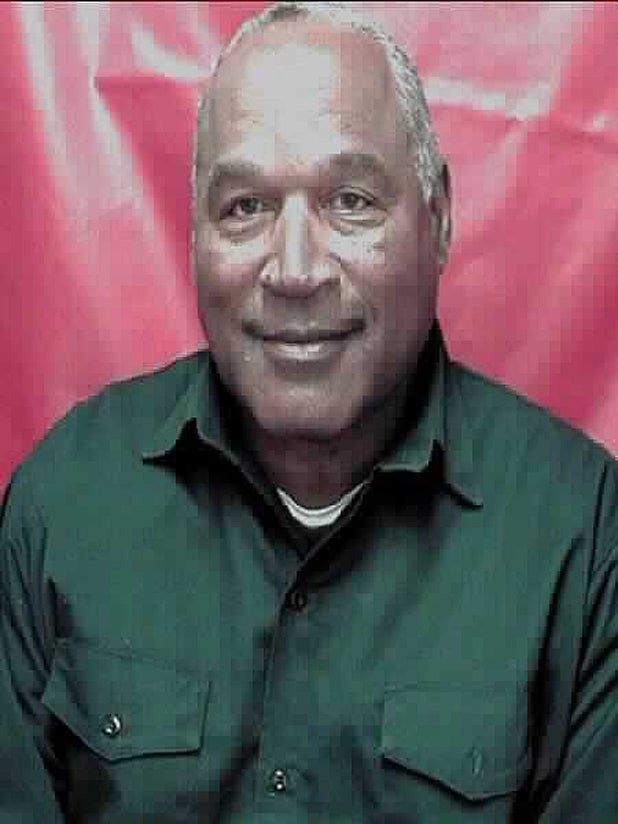 “We take new pictures periodically,” said spokeswoman Brooke Keast. “In our line of work, we need to keep accurate information and up-to-date photographs of all of our inmates.”

If nothing else, the photo helps dispel a recent report that Simpson now weighs 300 pounds. He does not. It also helps avoid confusion: Until recently, there was another inmate also named O.J. Simpson in the Nevada prison system.

The Nevada prison system figures prominently in “Made in America,” which premieres this coming weekend.

Also Read: 'OJ: Made in America': The 5 Biggest Shockers (Photos)

One small spoiler: The documentary series opens with stunning footage of a hearing at Nevada’s Lovelock Correction Center in which a woman, Parole Commissioner Susan Jackson, asks Simpson about the small matter of his previous criminal record — you know, that time he was arrested in 1994.

In the footage, Simpson appears shocked that Jackson, like everyone else in America, doesn’t know all the details already. The 1994 arrest was for the murders of Nicole Brown Simpson and Mark Goldman.

Even if you’ve seen FX’s ”The People v OJ Simpson“ and the first episode of ESPN’s ”OJ Simpson: Made in America,“ here are five insane things you still likely don’t know

If you've seen the start of FX's "OJ: Made in America" and all of FX's "The People v OJ Simpson," you may think you know all there is to know about the NFL star-turned-prisoner. But there are still stunning facts that haven't yet aired.