Former LAPD officer and frequent OJ Simpson houseguest Ron Shipp has reportedly spread a rumor that Simpson is so guilty over the murders of Ron Goldman and Nicole Brown Simpson that he now weighs 3o0 pounds.

Whether he is guilty over the murders, for which he was found not guilty in 1995, no one can say. But TheWrap can report that he does not weigh 300 pounds.

The Daily News of New York, describing Shipp as an “old pal” of Simpson’s, spoke with him at the Los Angeles premiere of the upcoming ESPN documentary series “O.J. Simpson: Made in America.”

“The guy is in total torment today,” Shipp told told the paper. “Someone told me he is 300 pounds and he looks horrible. O.J. has always felt his appearance meant everything and now, deep down inside, he is starting to live with himself.”

Shipp further told the paper: “I hope one day he actually will rid us of all the doubt and all the conspiracy theories and say ‘sorry I cannot go to prison (because of double jeopardy laws), but I am sorry I did it.”

There are a couple of things wrong with the Daily News story.

First, publicly available Nevada prison records, which you can view below, list Simpson at 6’2 and 235 pounds as of last month. (A Nevada prison official confirmed Tuesday to TheWrap that Simpson does not weigh 300 pounds.) 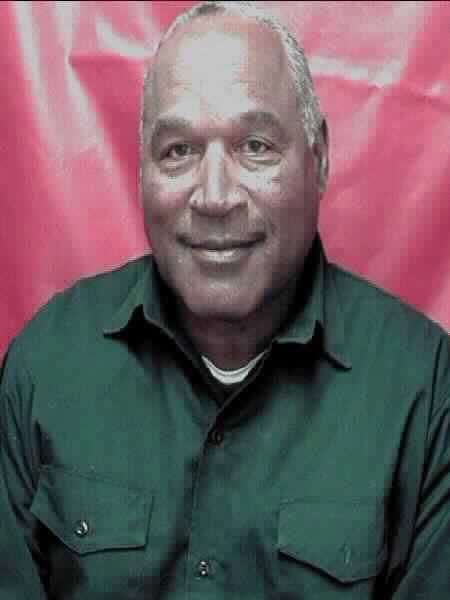 One possible source of Shipp’s confusion?

There is a second OJ Simpson who passed through the Nevada prison system. But he has been released. That Simpson, who is not the Simpson who played for USC and the Buffalo Bills and was acquitted of double homicide, did indeed weigh 300 pounds, according to prison records.

The more famous Simpson — the one who ran for all those yards and does not weigh 300 pounds — remains in Nevada’s correctional system, serving a sentence of up to 33 years for armed robbery. He was convicted of trying to steal sports memorabilia he said was stolen from him, years after he was found not guilty of the murders.

Shipp is one of the most prominent voices in the new documentary, and recounts how his brother, Michael, played against Simpson when both were high school football players in the 1960s. (He also recounted the relationship during Simpson’s criminal trial.)

When he became an LAPD officer, Shipp would often bring other officers to Simpson’s Brentwood home. In the documentary, Shipp describes how Simpson asked for his help after a domestic dispute with his wife, Nicole Brown, early on Jan. 1, 1988. Shipp says in the film that he believes Simpson received special treatment from the criminal justice system.

Simpson’s relationship with Shipp leads to another issue with the Daily News account.

Shipp once testified, under oath, that he was more one of Simpson’s “servants” than one of his friends. That would make Shipp was one of many LAPD cops Simpson kept around during the period when prosecutors said he was also abusing his wife.

Shipp testified in the trial that he and Simpson began “a closer relationship,” in the words of prosecutor Chris Darden, around 1978. But Simpson’s lawyers took pains to suggest that Shipp was more supplicant than friend, because they wanted to undercut his testimony against Simpson.

What, you may ask, was that testimony? Only that Shipp said Simpson told him, after the murders, that he had dreamed of killing Nicole.

Here’s an exchange during the trial between defense attorney Carl Douglass and Shipp on Feb. 1, 1995 (the full transcript is here):

Q: YOU AND O.J. SIMPSON HAVE NEVER ATTENDED A FOOTBALL GAME TOGETHER —

Q: — IN THE 26 YEARS THAT HE’S BEEN YOUR SUPPOSED FRIEND, HAVE YOU?

Q: YOU AND YOUR WIFE HAVE NEVER GONE ON A DOUBLE DATE WITH NICOLE AND O.J. SIMPSON IN THE ENTIRE TIME THAT YOU’VE KNOWN THEM, HAVE YOU?

Q: YOU AND YOUR WIFE AND HE AND HIS EX-WIFE NEVER WENT TO A MOVIE OR A PLAY OR A CONCERT TOGETHER, THE FOUR OF YOU, HAVE YOU?

A: MY WIFE AND I WERE INVITED SHORTLY AFTER HE BEAT UP NICOLE.

MR. DOUGLAS: MOVE TO STRIKE THAT, YOUR HONOR; NONRESPONSIVE.

Q: BY MR. DOUGLAS: YOUR WIFE AND YOU WERE INVITED, BUT YOU NEVER WENT, DID YOU?

Q: ALL THE TIMES THAT YOU CLAIM THAT YOU WERE OVER HIS HOUSE PLAYING TENNIS, YOU HAVE NEVER IN YOUR ENTIRE LIFE PLAYED TENNIS ON THE SAME COURT WITH O.J. SIMPSON, HAVE YOU?

Q: YOU’RE NOT REALLY THIS MAN’S FRIEND, ARE YOU, SIR?

A: WELL, OKAY. ALL RIGHT. IF YOU WANT ME TO EXPLAIN IT, I GUESS YOU CAN SAY I WAS LIKE EVERYBODY ELSE, ONE OF HIS SERVANTS. I DID POLICE STUFF FOR HIM ALL THE TIME. I RAN LICENSE PLATES. THAT’S WHAT I WAS. I MEAN, LIKE I SAID, I LOVED THE GUY.