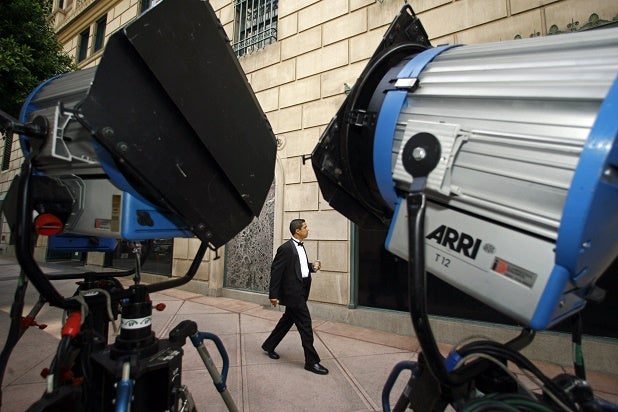 A full year’s worth of data on the program is reflected in the California Film Commission’s first official annual report on the expanded Program 2.0, which was released on Thursday.

Previously unreleased employment stats from the major guilds and unions have been included in the report.

Highlights from the new report:

- Teamsters Local 399 reports that members are working at “full employment” for the first
 time since 2007 and that additional (non-member) workers are being hired “off permit.”
 
-IATSE Local 44 has had 4.9 percent growth in  membership for the first quarter of 2016 compared to the same period in 2015 — something the group hasn’t seen since the mid-1990s.

- Job growth in California as a whole has gone up 2.8 percent (not counting jobs in farming), according to Employment Development Department data that compareed Jan. 2015 to Jan. 2016.

In the new report, CFC said it may be too early to make a direct, causal link between the tax credits and these employment increases, but added that “the statistics cited above are encouraging.”

Another encouraging sign for the program: Nonprofit group FilmL.A. credited the new tax credits for a 9.7 percent increase year over year in on-location feature film production in and around Los Angeles.

The CFC will monitor developments in both production and employment in 2017, when Program 2.0  will be operating with the full $330 million in annual funding, rather than the reduced year-one funding.

Also Read: 5 Reasons Why Video Game Actors Are on Strike

Disney’s “A Wrinkle in Time” was selected in August to receive part of $109 million in tax credits, when a total of 28 feature film projects were selected in the newly expanded program.

The first big budget film production to receive the state’s tax credit, the move signals a milestone for Program 2.0, part of the state’s effort to attract more movie production business.

In its second year, the tax program has been updated to include eligibility for big budget “tentpole” films like the Disney production being directed by Ava DuVernay.

During the program’s 1.0 phase, it did not accept projects with budgets greater than $75 million. While “Program 2.0” is open to film projects of any budget, credits are capped to each studio-produced film’s first $100 million in qualified spending.

“A Wrinkle in Time,” alone, is bringing $85 million in qualified spending to California, according to the CFC. Nearly 400 cast and crew members will be employed, with $44 million in wages paid to below-the-line workers.

The next application period for California’s Film & Television Tax Credit Program 2.0 is Nov. 14 through 29 for television projects.

Go to film.ca.gov to read the full report.