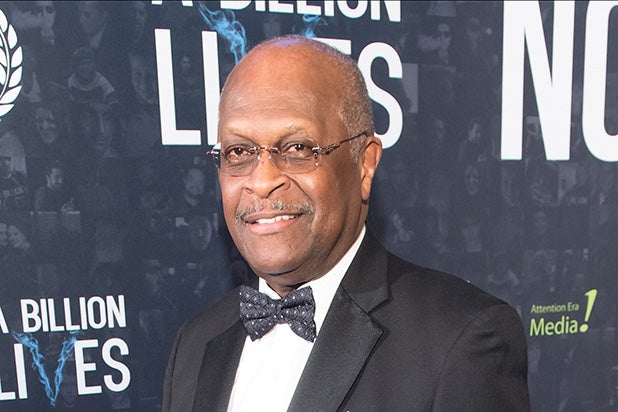 Hermain Cain came to Ben Carson’s defense on Wednesday, publishing an essay identifying himself as “a house negro” after a Michigan newspaper disparagingly identified Carson the same way.

“That’s one of the names you get called by other black people when you are a success at something, and you do not buy into ‘black group think,’ or act and say what they want you to say,” Cain wrote.

In the essay, titled “House Negroes stand up!,” Cain praised Carson’s work as U.S. Secretary of Housing and Urban Development and dismissed those who criticize him for his loyalty to President Donald Trump.

It was written in response to a column published last week by Carson’s hometown weekly newspaper, the Michigan Chronicle.

The Michigan Chronicle piece, written by senior editor Keith A. Owens, slammed Carson for refusing to denounce Trump’s comments in the immediate aftermath of the violence in Charlottesville, Virginia earlier this month. Trump’s refusal to condemn white supremacist groups was met with considerable backlash, which Carson said was “blown out of proportion.”

“Carson’s response to Trump is all the validation any Carson critic will ever need,” Owen wrote. “Because if this doesn’t show you who he is, then you may as well step on your glasses and grind them into the ground because you’re blind as a bat.”

“Gentle Dr. Ben Carson is too nice to respond to that garbage article and name-calling by the Michigan Chronicle, but I’m not!” Cain wrote.

He praised Carson for his “sacrifice and dedication” in giving up his career as a doctor to accept the position in the Trump administration. Cain went on to explain that, unlike their critics, he and Carson “do not subscribe to the black liberal backward-looking narrative of black identity politics.”

“If being called a “house Negro” is what some of us must endure for succeeding in this nation and thinking for ourselves, then let all of the “house Negroes” stand up and be counted,” he wrote.