“Rebel” is the byword of this year’s Sundance Film Festival, but everyone seems to be wondering: against what?

Thus far the movies seem to be not much different than in all of the year’s past, and if anything, there are too many with the same self-indulgent, uneven flaws of all previous festivals that these days scream: Buyer beware. 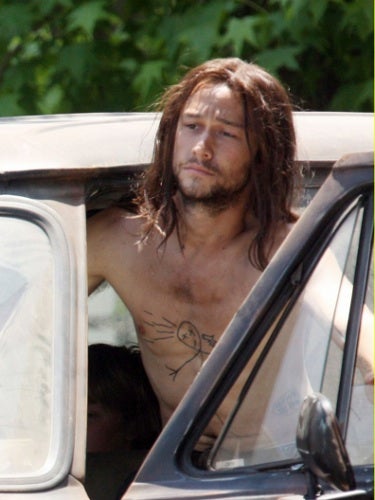 A mob formed outside the Eccles Theater as everyone crowded to see one of the many films available here for acquisition, “Hesher.” All of the major buying teams were there: TWC’s Harvey Weinstein and crew, Fox Searchlight’s Nancy Utley and crew, Sony Classics’ Tom Bernard and Michael Barker, Summit’s Rob Friedman and team, etc.

The film by director Spencer Susser, who’s been here before, is a good example of what I’m talking about. It starred boy-man-actor of the moment, Joseph Gordon-Levitt (“500 Day of Summer”) in a very different kind of role, as a tattooed, stringy-haired nihilist who moves in, unbidden, with a family deep in depression over the sudden death of the mother.

The movie has lots of problems, including the fact that it seems to be the story of a 13-year-old boy in the grieving family named TJ, despite the film’s title and its wayward focus on Levitt’s incomprehensible (which is different than mysterious) Hesher.

Is he evil? Is he mentally ill? Is he a figment of TJ’s imagination? By halfway through the movie – round about the time Hesher starts throwing the lawn furniture in the pool – you cease to care. You just desperately hope for some sort of plot and more screen time for Natalie Portman, a check-out lady whose role is also not very clear but who is lovely to look at no matter how bad the movie is.

If this is a sign of where independent film is at – the movie comes, after all, with a pedigreed director (“I Love Sarah Jane”) and high class representation from William Morris Endeavor – than people, you are not paying attention.

Independent filmmakers need to be thinking really hard about where their films will land if they can hope to sell them or get them before the public. Who is the audience? How will you market it? What is the theme? Does it speak to the kinds of topics audiences want to see today?

You can still make art that way, it’s just harder. I hope somebody here did.