For years, my parents would go see any movie set in San Francisco. My mother had grown up in the Bay area, and both of my folks went to college or graduate school at Berkeley before moving east to work and raise a family.

Drawn by the promise of gazing upon old haunts, they would contentedly sit through “Vertigo,” “Bullitt,” “48 Hours” and many more S.F.-set films, oohing and aahing nostalgically as cable cars, Telegraph Hill and other local landmarks whizzed by. 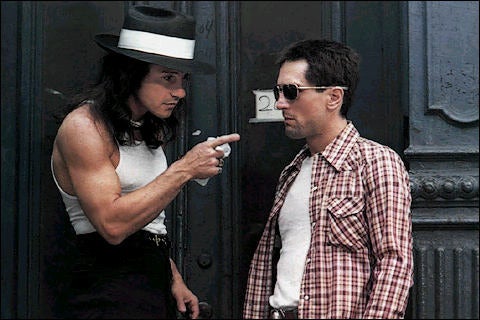 “How was the movie?” I’d ask when they came home.

“It was OK,” Mom would say, “but San Francisco really looked great.”

The magic of movies has been and always will be their ability to transport us, both geographically and emotionally, to places either resonantly familiar or intriguingly new. All for the price of a ticket and two hours of our time.

Think of how accurately director Robert Altman, that master puppeteer of the ensemble film, captured L.A. in “Short Cuts” or Nashville in his brilliant, tour de municipality of the same name. Those films succeed not only in showing the look but also the feel and essence of their settings.

The same is true of Martin Scorsese’s explorations of the nooks and crannies of certain neighborhoods of New York City, especially in early films such as “Mean Streets.” You could almost smell the spaghetti sauce boiling on the stove in nearly every grotty little walk-up apartment. 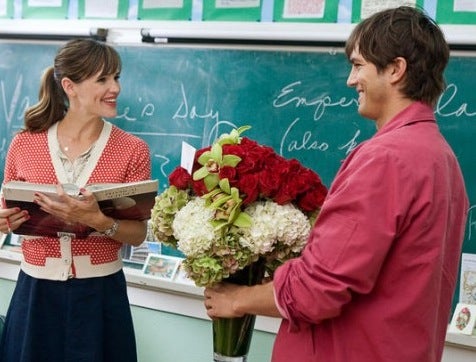 Even a movie as undistinguished as Barbra Streisand’s “The Mirror Has Two Faces” — a friend of mine calls it “And the Theater Has Four Exits” — got the geography of NYC right; a character who lives on the Upper West Side arrives bearing edible gifts from Zabar’s, the echt neighborhood food emporium.

(I say this not just because the façade of my very own NYC apartment building was used to depict the supposed domicile of Streisand’s character in the film.)

And then there are the places we may never get to go, expect for via celluloid. Like Pandora.

Certainly, the whopping $2 billion that “Avatar” has raked in at the box office is due mostly to how successfully  James Cameron has created such a specific sense of what it’s like to walk around the lush jungles of his imaginary planet. It can’t be the hackneyed plot and Cheez Whiz characters that are packing them in.

I was reminded of all this while watching  “Valentine’s Day.”

Director Garry Marshall’s appallingly laugh-free comedy is set in Los Angeles and features an all-star ensemble cast (including, despite the trailer, blink-and-you-miss-it bits by Julia Roberts and Bradley Cooper).

It follows the overlapping love stories of more than a dozen characters during a single Valentine’s Day. They race all over L.A. with the greatest of ease. This is hilariously amusing — much more so than the movie itself — to anyone who has ever been stuck in L.A.’s horrific traffic.

But it isn’t just set in L.A. The city is intended be as much of a character in the film as the actual nitwits running around it on screen. Ergo, fleeting shots of the iridescent Disney concert hall, the Hollywood sign, a Malibu beachscape and lots more.

How wrong does the movie get it? “Valentine’s” nominal leading man, the ever lightweight Ashton Kutcher, lives in a bungalow alongside the canals in Venice while owning and working at an improbably humongous flower shop-cum-café seemingly located in the Valley.

He is able effortlessly to commute by car between home and the flower shop several times during this single day, plus drive to various other locations all over the city, including the airport.

This may be L.A. but it’s one without distinguishing neighborhoods or texture. There is, as Gertrude Stein once put it, “no there there.”  In serving up such a pallid version of both L.A. and its residents, “V.D.” does a disservice to both.

Having said all that, there is one L.A.-specific joke in “V.D.” that reverberates and which Angelenos likely will repeat to friends.

As a grandfather drives past the street sign for Moorpark Road, a main thoroughfare in the Valley, he points out to his grandson that if one reads the name backward, it sounds like, “Crap room.”