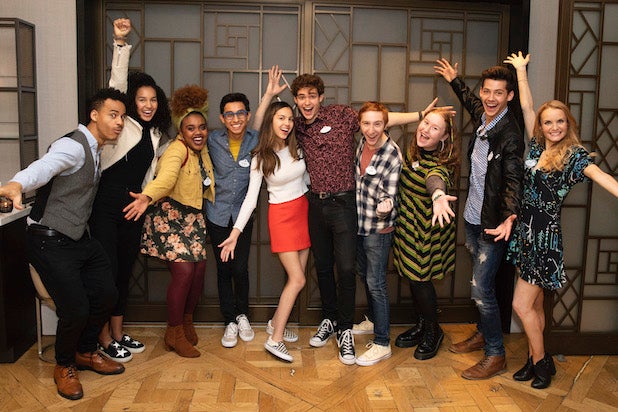 Disney+ has picked up a second season of “High School Musical: The Musical: The Series” ahead of the show’s premiere next month.

The scripted series, which is set to debut on the streaming service on Nov. 12 following a one-night preview on Disney’s linear channels, is set to head back into production early next year.

“We are incredibly excited to bring the next chapter of ‘High School Musical: The Musical: The Series’to Disney+. Tim and this talented cast have delivered a first season that is uplifting, funny, touching and relatable across generations. We are confident that the world, like us, will want much more of these characters, incredible songs and moments of joy,” said Ricky Strauss, president of content and marketing at Disney+.

The 10-episode series follows the East High drama club as they work their way to opening night of their school’s first-ever production of “High School Musical.”

ABC, Disney Channel and Freeform are set to air the first episode of the show on Friday, Nov. 8, leading up to its streaming debut with the launch of Disney+ on Tuesday, Nov. 12. The second episode will premiere Friday, Nov. 15, with new episodes rolling out each Friday.