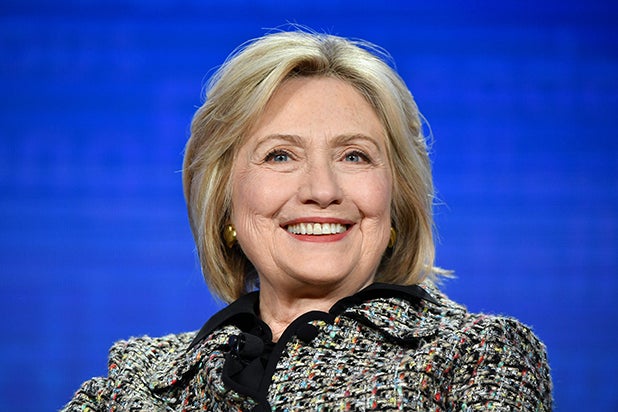 Former Secretary of State Hillary Clinton and author Louise Penny are teaming up for a thriller novel set to publish Oct. 12.

“State of Terror” will be jointly published by St. Martin’s Press and Simon & Schuster, a spokesperson confirmed to TheWrap Tuesday.

The book follows a young secretary of state who joins a rival’s administration and takes on a series of destabilizing terrorist attacks. A Tuesday release says the book is full of details “only an insider would know.”

Also Read: Hillary and Chelsea Clinton to Adapt Book Into Scripted Series About Female Militia That Takes on ISIS

“Writing a thriller with Louise is a dream come true,” Clinton said in a statement. “I’ve relished every one of her books and their characters as well as her friendship. Now we’re joining our experiences to explore the complex world of high stakes diplomacy and treachery. All is not as it first appears.”

Penny added, “When it was suggested my friend Hillary and I write a political thriller together, I could not say yes fast enough. What an incredible experience, to get inside the State Department. Inside the White House.  Inside the mind of the Secretary of State as high stake crises explode.  Before we started, we talked about her time as Secretary of State. What was her worst nightmare? ‘State of Terror’ is the answer.”

Clinton is following her husband’s lead in publishing a thriller novel that covers familiar ground.  Former President Bill Clinton teamed with acclaimed author James Patterson to publish “The President Is Missing” in 2018.