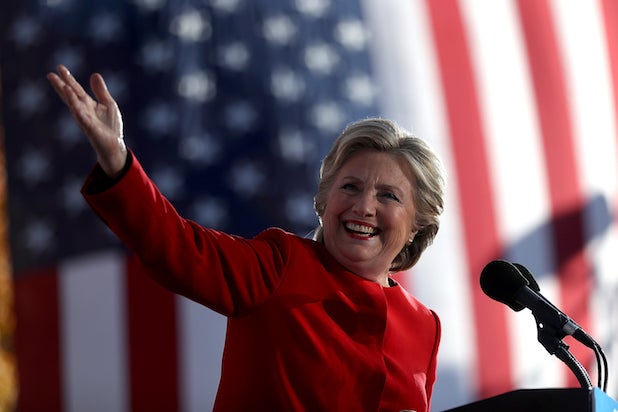 Hillary Clinton responded to Paul Ryan and Donald Trump’s decision to pull the Republican health care bill on Friday, tweeting that the decision was a “victory for all Americans.”

“Today was a victory for the 24,000,000 people at risk of losing their health insurance, for seniors, for families battling the quiet epidemic of addiction, for new moms and women everywhere,” the former Democratic candidate said in the statement shared on Twitter.

“Most of all, it’s a victory for anyone who believes affordable health care is a human right,” the statement continued.

Clinton, echoing a statement made by her Democratic primary challenger Bernie Sanders, warned that the fight is not yet over.

“We cannot forget: This victory happened because people in every corner of our country committed their time and energy to calling their representatives, showing up at town hall meetings, and making their voices heard,” she wrote. “The fight isn’t over yet — we will have to push back on future bad ideas and embrace good ones to make health care more affordable — but we are reminded today that there is no substitute for standing up and defending our values.”

Clinton’s remarks follow President Trump’s statement from the Oval Office, in which he said the health care bill fell short in the lead-up to the House vote because of no support from Democrats. “They weren’t going to give us a single vote,” the president said.

With news outlets reporting that 27 Republicans in the House were solidly in the “no” camp and another four likely to follow, the outcome of the bill was in doubt from the get-go. As of Friday morning, the approval of the GOP health care plan was at 17 percent.

News that Republicans had pulled the bill entirely came just minutes before the scheduled vote on Friday afternoon.

Clinton also shared the stories of people who would be negatively affected by the repeal of the Affordable Care Act, including survivors of cancer, addiction and other chronic illnesses.

See the tweets below:

Today was a victory for all Americans. pic.twitter.com/LX6lzQXtBR

But this fight isn't over yet and we can't forget who it's about. Here are some stories…

Natarsha, whose breast cancer was caught early because of a screening at Planned Parenthood, which Republicans would defund. pic.twitter.com/oTXMjrw8Tv

Keith, who brings his mother with Alzheimer's to work with him because he can’t afford care for her during the day. pic.twitter.com/HD9GyX9E9D

Angelina, a young woman with autism who is already worrying who will take care of her when her parents are gone. pic.twitter.com/LwLQ8VcCsK

Pam, who is raising her grandson because his parents are struggling with opioid addiction – a silent epidemic in so many communities. pic.twitter.com/PhfjzMTF1j

Ryan, who was born with a disability and with the support of his family and world-class health care has had a lifetime of opportunities. pic.twitter.com/aHB9xvWU34

Let’s not be distracted. Let’s continue to stand up, organize, resist, put forth good ideas to improve the existing system & peoples' lives.