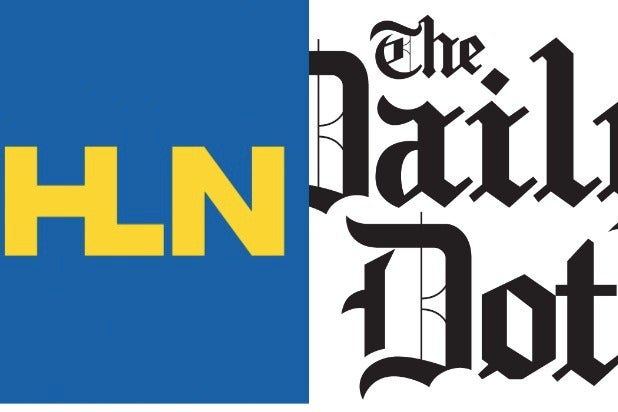 HLN rebranded as the TV home for social media earlier this year, and now it’s joining forces with the Internet site that covers the Internet.

HLN and TheDailyDot.com announced a partnership Tuesday that will feature co-branded segments appearing on HLN and both companies websites and social platforms.

The first on-air segment, dubbed “Next Sex,” debuts Dec. 1. It will follow The Daily Dot’s EJ Dickson as she takes viewers through the Internet’s culture of naughtiness, reporting on stories that fuse sex and technology.

The segments will air weekly on Monday during “HLN Now” from noon-5 p.m. ET. There will also be integration of Daily Dot journalists, with figures from the site appearing on HLN shows with Robin Meade, Dr. Drew Pinsky and more when the story fits.

“The Daily Dot has the best Internet beat reporters and HLN has the video chops,” said Lila King, senior director for product and partnerships at HLN. “Together, we can invent storytelling about and for the Internet and serve it up everywhere our audiences demand it, on-air, online and across social media.”

“Our Internet-first approach to journalism is the perfect partner for HLN as it rebrands itself as the world’s first social media-driven news network,” said Josh Rubin, The Daily Dot’s managing director. “It’s a great opportunity to bring our reporting to television and to introduce our audience to some of HLN’s great content.”