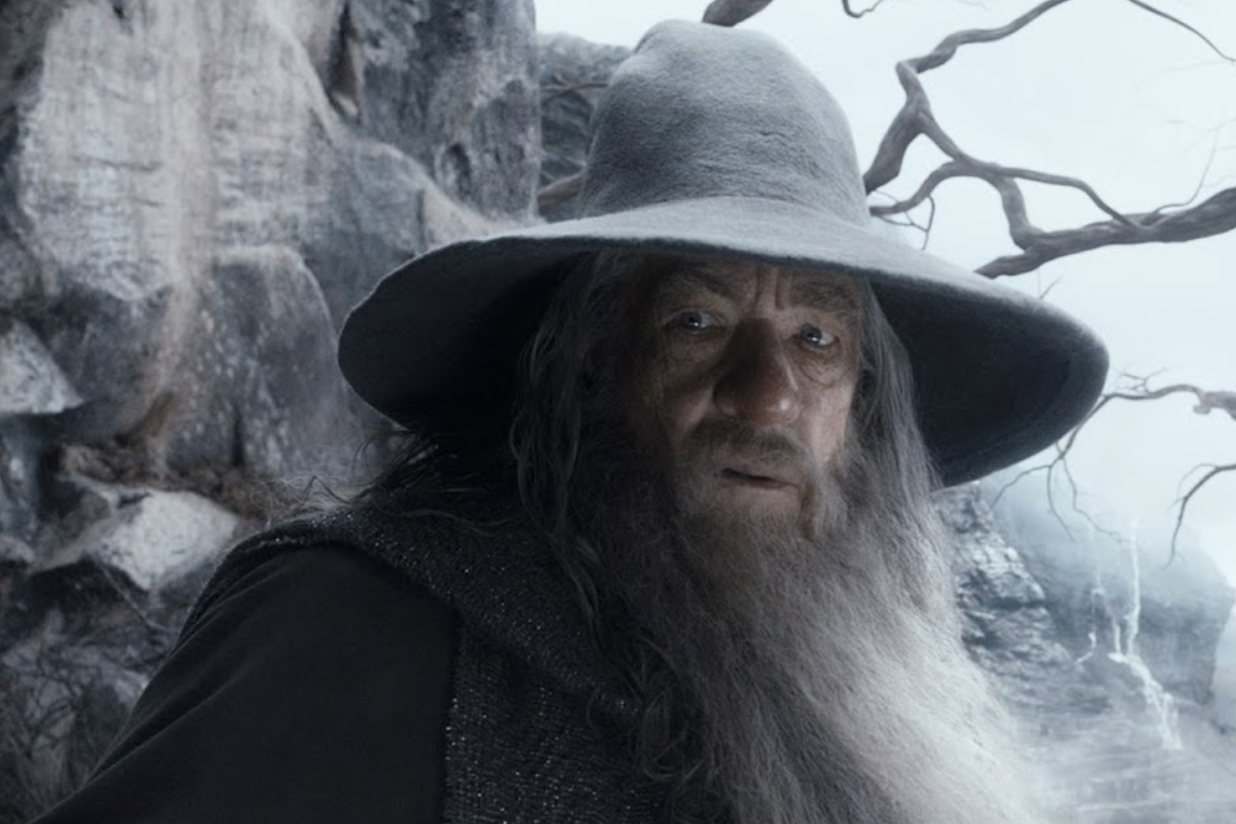 “The Hobbit: The Desolation of Smaug” arrives in theaters next week with a marketing blitz reserved for billion-dollar franchises, but a key aspect of the fantasy sequel is sneaking through unnoticed.

Director Peter Jackson shot the film at 48 frames per second, double the standard speed, in an attempt to make its 3D crisper and more realistic.  The first “Hobbit” film was shown at the higher frame rate — one of a half dozen different formats viewers could watch it in — and Jackson hailed it as the future of film.

The studio is substantially expanding the number of theaters this time around. As many as 750 theaters will exhibit “The Desolation of Smaug” in the enhanced projection — up from roughly 450 theaters the first time.

The growth overseas is even more impressive, as “The Hobbit: The Desolation of Smaug” will screen on almost 2,500 screens internationally — up from 1,669 last time.

Despite those increases, discussion around his use of higher frame rates has been virtually non-existent in recent months. That stands in sharp contrast to a year ago, when dissections on the merits of faster shooting and projection dominated many stories leading up to the release of 2012’s “The Hobbit: An Unexpected Journey.”

“The issue with the last one was the focus in a lot of the press was on the format and not the movie,” Warner Bros. domestic distribution chief Dan Fellman told TheWrap. “This time we downplay the formats and are playing up the movie.”

Jackson has acknowledged that they want to shift the focus with the sequel, telling a reporter at a recent premiere of the film that “technology drove a lot of the reviews” last time.

Critics screenings for “Desolation of Smaug” were offered in standard projection, so that it will not factor into reviews. Some major exhibitors have opted not to stress the higher frame rate screenings with expansive splash pages as they did before, even though they will continue to offer the film at the higher speed.

Also read: The Aviation of Smaug: Air New Zealand Dragonizes a Boeing to Promote ‘The Hobbit’

The reticence to bang the drum for higher frame rates is filtering into the online buzz around the film.  Last year, at a similar point prior to “The Hobbit: An Unexpected Journey”s’ debut, conversation about the films amped up frame rates on Twitter, Facebook and other digital platforms were eight times more prevalent than they are as its sequel gets ready to launch, according to social media tracker Fizziology.

“There’s almost no social conversation and buzz around frame rates this year,” Ben Carlson, Fizziology’s president and co-creator, said. “That may be indicative of a change in strategy…the smallness of the high frame rate conversation seems to signal it’s not as big a part of the marketing and publicity.”

Carlson said that once the last film debuted, reactions across the web were evenly divided between those who thought it made the 3D imagery pop and others who argued that it left them feeling dizzy.

The absence of chatter about the film’s higher frame rate may be attributable to its lack of “newness,” but there’s no question the studio wants to avoid the great debate that greeted the release of the first “Hobbit” film.

“You don’t want to lead with your chin,” as one former studio executive put it.

A special high frame rate sneak peek at the exhibition trade show Cinemacon in April, 2012 sparked a wave of withering articles and left the studio scrambling to put out public relations fires.

The discussion over the benefits and demerits of the new technology also dominated many reviews, leaving some critics like New York magazine’s David Edelstein, who likened it to “tatty summer-stock theater,” and Slate’s Dana Stevens, who compared it to an ‘”80s-era home video,” unimpressed.

Part of the problem was the hype, as Jackson, James Cameron and other prominent filmmakers rhapsodized about how 48 frames per second represented the next revolution in filmmaking — a step forward that was analogous to the introduction of sound and color and the growing popularity of 3D.

(Cameron, who will shoot his follow-ups to “Avatar” at higher frame rates, is one of the only prominent filmmakers to follow Jackson’s lead.)

The controversy had no impact on the film’s bottom line, as “An Unexpected Journey” still grossed more than $1 billion worldwide. Yet the lack of conversation this go round has been noticeable.

“They seem a little gun shy after what happened the last time,” a rival studio executive said.

The mixed reaction didn’t scare off the major theater chains. A spokesman for AMC Theaters, which offered the higher frame rate versions of the first film in roughly 140 theaters, said it will screen 48 frame copies in “dozens and dozens” of theaters this time.

Regal Cinemas is the most bullish, expanding from 100 locations for the first film to nearly 400 high frame rate compatible theaters this go-round and reporting strong sales as a result.

“With the original ‘Hobbit,’ we kept selling out of tickets for our high frame rate auditoriums,” Russ Nunley, a spokesman for Regal, said. ” There was a huge demand from moviegoers who wanted to see the film exactly the way director Peter Jackson shot it.”

Likewise, IMAX will double the number of screens with the technology to more than 100 worldwide, IMAX Entertainment CEO Greg Foster told TheWrap.  He said that number will rise, because the company is still determining screen counts in China.

Some exhibitors remain conflicted about its value even as they have expanded the number of theaters that can screen higher frame rate productions.

“Some theater owners were fine with it,” an exhibition executive said. “But except for people who are really, really into that kind of experience, it’s not a big draw.”

At a reported cost of $10,000 to update equipment to screen films at 48 frames per second, it represents a relatively small expenditure for the bigger chains. Still, the format does not exert the same pull on audiences that 3D or IMAX, with their premium ticket prices, enjoy.

Fellman agreed, suggesting most moviegoers don’t consider the format when selecting a particular showing of a film. Those who do care will go out of their way to see it at the higher frame rate.

They will just have to find those theaters on their own.

“We’re not going out of our way to spell out the pros and cons of every format,” Fellman said. “It’s there; it’s one of a variety of formats.”