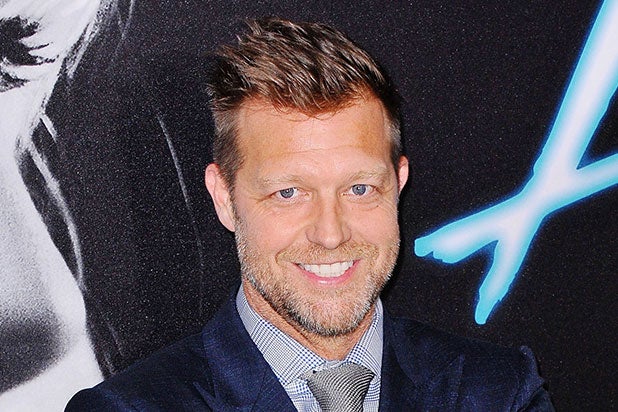 (Spoiler alert: Do not read on if you want to avoid knowing anything at all before you see “Hobbs & Shaw.” There are minor spoilers in this article.)

After 18 years, eight movies, and $5.13 billion in ticket sales, the “Fast and Furious” franchise has a fanbase like no other. Sure, filmmaker David Leitch felt “a lot of pressure” taking on “Hobbs & Shaw,” the first spinoff film, but there are many reasons why he felt confident he could do the series justice.

For one, Dwayne Johnson’s Luke Hobbs and Jason Statham’s Deckard Shaw were already such beloved characters with great chemistry that he had a clear vision very early on about what he could do with this movie.

“What put me at ease was how successful those characters were in the last three installments,” Leitch told TheWrap. “They were defined and especially their dynamic was so fun.” Plus, it was another chance for Leitch to exhibit his well-earned chops for action sequences after spearheading “Atomic Blonde” (remember that epic seven-minute stairwell scene?) and “Deadpool 2.” And trust us, you won’t be disappointed in the amount of action in “Hobbs & Shaw.”

See Videos: 'Hobbs & Shaw': The 17 Craziest Stunts from the 'Fast and Furious' Franchise

“I have never made any sort of traction as a director by not making bold choices,” Leitch explained. “In ‘Atomic Blonde,’ we did the seven, eight-minute take and in this movie, we hang cars off a cliff. You gotta make bold choices because you want things to stick out, for better or worse.”

In “Hobbs & Shaw,” we see the two protagonists (and adversaries) joining forces for a mission that — not to be dramatic — will save the world. Idris Elba, Vanessa Kirby and Eiza Gonzalez also star in the film that was written by Chris Morgan and Drew Pearce.

Read below for TheWrap’s conversation with the filmmaker, where he touched on how he got involved in the project, what he considers was the biggest hurdle in terms of the crazy stunts, and what you’ll be able to see in bonus scenes down the line.

TheWrap: How much pressure did you feel to direct the first spinoff of such a famous franchise, with such high profile actors?

Leitch: I guess I did feel a lot of pressure — but it wasn’t unlike stepping into the shoes on “Deadpool” and doing the sequel there. These guys are so beloved, I think what put me at ease was how successful those characters were in the last three installments. They were defined and especially their dynamic was so fun. I had a clear vision what I wanted to do with them, and I was pretty confident that it was going to be fun and we were going to do emotional stuff that worked in the “Fast & Furious” world. And we could definitely do some crazy action!

How did you get involved?

I got approached. We were still in post on “Deadpool 2,” and they were out looking for directors. It could’ve been that my name wasn’t brought up because they were thinking, “he’s done ‘Atomic Blonde,’ I don’t know if he’d want to do something this PG-13.” I don’t know what it was, but the script never crossed my table. My wife, Kelly McCormick, and Chris Morgan conspired somehow — we got the script and Kelly and I read it and we had the same epiphany: There is such a great dynamic between Dwayne and Jason and there are so many resources to do some great action, there’s a sense of comedy — we were just getting off of “Deadpool” and I felt my comedy chops were growing — we thought this is a cool opportunity to have all these resources, to work at Universal where I want to work and work with guys that I wanted to work together with for a long time, trying to put something together with Jason and Dwayne and now here they are, together in a movie. I was like, “let’s just do this!”

With [our production company] 87North, we have a first-look deal at Universal where we want to keep making these types of movies and franchise starters. We want to make “Atomic Blondes” and “John Wicks” and things in the action space for a price, and we want to help introduce new action directors to the world. Universal is supportive and we’re looking forward to making a lot movies there.

You’ve been doing these huge action films recently — do you feel like you’ve found your niche?

It’s hard for me to separate fully from action, I feel like I’ve been able to cross genres — I have made dramatic films in terms of “John Wick” and “Atomic,” and then I get to make comedy, full-on broad comedy with “Deadpool,” and then there’s “Hobbs and Shaw” which is this a buddy cop throwback, but I will always have an element of action and that’s what we want to do with this label. 87North wants to do the same. There might be some horror, there might be a thriller, there might be a comedy — as long as there is an action component, I’m in.

Also Read: Electrical Sparks Fly at 'Hobbs and Shaw' Premiere; No One Harmed

What was, without a question, the biggest hurdle in terms of the stunts? Which one was hardest to pull off?

There were so many logistical puzzles on this movie, but I guess because I’ve been a journeyman in the stunt world, I’ve seen practical effects and stunts on all sorts of crazy levels. So none of it was so daunting where I was like, what? But I think the stuff we did in Samoa with the Blackhawk, and the helicopter dragging the cars around. All of those cars working together and the choreography of the helicopter being in the right place at the right time and physically getting the elements we needed to create that sequence, even though there was a lot of help from our CG brothers. There is so much that is real, and so many days of flying in a helicopter, photographing helicopters on a cliff edge with cars driving [needed] crazy precision. It’s pretty daunting that you are like, wow, we did this.

With these movies which are all HUGE and out of this world, how far did you think you could take this in terms of the stunts and the technology?

I think the thought was, “let’s have fun with it,” but I can’t say we didn’t have the conversations. Chris Morgan, who is such an architect of the franchise and the brainchild behind the crazy set-pieces, he just knows what the “Fast” fans like and how far they’ll go, and he was the one who embraced “go big.” I have never made any sort of traction as a director by not making bold choices. In “Atomic Blonde,” we did the seven, eight-minute take and in this movie, we hang cars off a cliff, you gotta make bold choices because you want things to stick out, for better or worse.

What’s one thing you wish you could’ve added or maybe deleted from the final cut?

There is always a lot left on the cutting room floor, but there wasn’t any scene in particular. We had a great editor, Christopher Rouse, who edits all the “Bourne” movies. He’s a prolific editor. We distilled this movie together down from two hours 50 minutes to two hours five minutes, but all the scenes are intact. There is great stuff in the diner with the guy who will remain nameless, and there is great stuff with the guy in the plane who will remain nameless. There was a lot more fighting in the Samoan fighting scenes — I’ve got another six-minute “Braveheart” action sequence if they want it. There were just bigger and longer scenes, but when you’re in post, compression makes things better. It’s hard as a director to let your darlings go, but the story needs a pace and you’ve got to keep the people engaged.

Did you learn anything from “Hobbs & Shaw” that you perhaps didn’t learn from previous sets?

Yeah, I think you take away something from every project. This one was the importance of a longer post. We had a 22-week post, it’s short, and we had 1,600 visual effects shots. It was fast and furious to the end, and that’s a pun I will lead with because it’s the truth — we haven’t stopped! It’s so funny: there have been no breaks in the making of this movie which has been good because it’s now over and it’s not dragging out anymore but it’s also like, holy crap, how did we do this from beginning to end in 12 months?

What’s next for you and your production company? Would you want to do a sequel? What can you tell me about “The Division?”

We are set up with “The Division” — Jake Gyllenhaal and Jessica Chastain are involved, and it’s such a compelling world in the game. I like the bigger theme that the everyman and woman are coming together to save the world, and you have these interesting characters that have to bond together under the most extreme circumstances for a common goal, which, I think, is a great message for the world. There are a lot of other projects and irons in the fire and scripts that are being written and things that I’m excited about.