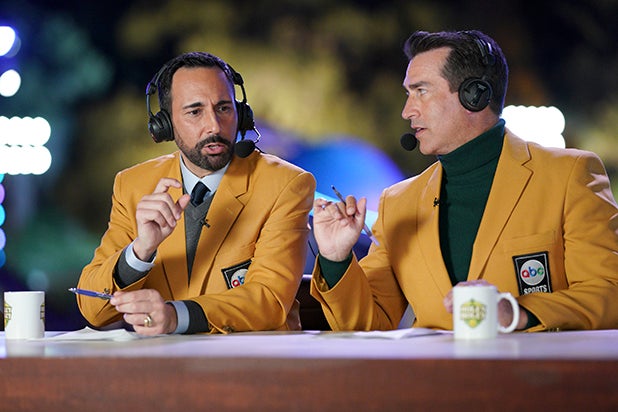 ABC is set to air a pair of new “Holey Moley” specials promising an “inside look” at the first two seasons of the extreme mini-golf competition show.

“Holey Moley” commentators Rob Riggle and Joe Tessitore will return to host the specials, which “will give viewers an inside look into the making of the world’s craziest competition series, as they answer burning fan questions and share memorable on set moments straight from the iconic ‘Holey Moley’ clubhouse,” according to ABC.

The specials will feature replays of the best and worst wipeouts from the first two seasons, along with never-before-seen putts and check-ins with Season 1 winners.

In its second season, “Holey Moley” has been a ratings success for ABC, growing in both total viewers and in the key 18-49 demo to rank as the top broadcast in the Thursday night at 8 p.m. time slot.