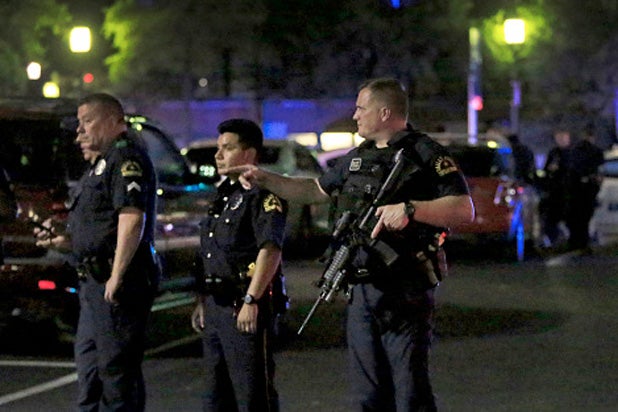 The shooting of a dozen police officers in Dallas prompted messages of peace and nonviolence from numerous Hollywood stars.

“Please everyone stop killing each other — no more guns. No more violence. No more murder. Horrible,” Oscar winner Patricia Arquette wrote. Her sentiments were echoed by television host Montel Williams.

“This was a hate crime. BOTH #BlackLivesMatter & #AllLivesMatter – ALL OF US must do better,” Williams said following the deadly shooting.

See more reactions below from other entertainers, including Kevin Hart and Joseph Gordon-Levitt.

Peace is the Message…..”An eye for an eye leaves everybody blind”

My heart breaks for my country. Violence is not the way. #Dallas https://t.co/MG0PpQgYsG

Haven’t slept, ???? for#Dallas -this was a hate crime. BOTH #BlackLivesMatter & #AllLivesMatter – ALL OF US must do btr pic.twitter.com/QKqdpFS0ls

Just heard about shootings in #Dallas Please everyone stop killing each other- no more guns. No more violence. No more murder. Horrible.

And now cops have been shot in #Dallas. Probably had families. This just gets worse and worse. Fuck.

i have nothing left to say. i don’t know how many more innocent people have to be killed before we recognize there’s a problem. #dallas