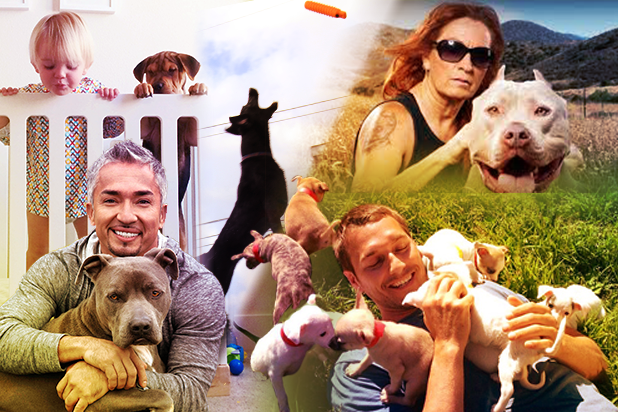 Back in the golden age, Lassie was television’s top dog; for nearly 20 years, she had little competition besides Rin Tin Tin on her tail. But a recent explosion in canine-themed programming once again has networks and advertisers salivating like Pavlovian pooches at the sound of a bell.

• Nat Geo Wild doubled down on puppy love with “BarkFest” with the entire weekend of May 17 dedicated to man’s best friend.

• Broadway’s go-to dog trainer, Bill Berloni, just inked a deal with Discovery Family to star in his own show set to air this August.

• And in February, Animal Planet’s “Puppy Bowl” took the top spot in non-sports cable ratings with more than 10 million viewers for a 12-hour marathon.

“Some of the most emotionally engaging, most compelling and most poignant stories that our audiences respond to all involve people and their dogs,” Nat Geo Wild EVP and GM Geoff Daniels tells TheWrap. “They don’t see those dogs as pets, they see them as family members.”

That change in perception, industry execs say, is a big part of what’s driving the recent rise in dog-related programming.

Barks Mean Bucks
“Major retailers used to stack their pet food in the more industrial sections of the store, right next to the cement and soil,” says Chad Kawalec, advertising expert and founder of The Brand Identity Center. But Kawalec, who worked on Pedigree’s “Dogs Rule” campaign, says that’s no longer the case. “Today, pet food is more likely to be found in a dedicated freezer case and often comes in all-natural organic versions that look and cost the same as human food.”

A recent survey by the American Pet Products Association shows Americans will spend north of $60 billion this year on pet products, an increase of 25 percent from five years ago. That number is expected to reach nearly $70 billion by 2018.

Companies selling those products are in need of advertising platforms, and TV networks are increasingly eager to provide them.

Animal Planet, for instance, has four dog shows on the air right now, including “Pit Bulls & Parolees,” a reality series that pairs ex-convicts with rescued pit bulls in an attempt to give both man and animal a second chance at redemption. The series was recently picked up for a seventh season.

Nat Geo Wild has no fewer than 10 dog-centric shows, including its No. 1 series of all time, “The Incredible Dr. Pol,” about a Michigan veterinarian who makes house calls. While Dr. Pol treats all kinds of animals, dogs make up the majority of his patient roster, which may explain why an average of 1.3 million viewers tune into his program each week. At least 10 percent of the network’s advertising revenue now comes from the pet industry.

But ad dollars may not be the only reason for the recent spike in pup-related programming.

The Science of Dog Addiction

“Dogs have that obvious ability to bond with people that makes them the kind of characters that people just really relate to,” Daniels said. “It just makes you happy.”

Scientists have known for years that dogs have healing affects on humans — helping soldiers suffering from PTSD and even sniffing out otherwise hard-to-detect cancers.

But a recent Japanese study found that man’s best friend may have earned a special place in people’s hearts by tapping into an ancient human bonding pathway. According to the research, when dogs look into the eyes of their owners, they trigger a spike in oxytocin, also known as the “love hormone.” Studies have shown that the same oxytocin release occurs when a mom gazes into her newborn’s eyes.

According to Nat Geo, dogs are perfect people bait. Viewers come for the irresistible pooches and stay for the iguanas.

Dogs have always held a cherished place in the entertainment industry. The mother of all dog shows, “Lassie,” is still the fourth longest-running primetime TV series after “The Simpsons,” “Gunsmoke” and “Law & Order.” The program, which followed the adventures of a boy and his loving collie, ran for 17 seasons on CBS and another two in syndication. “The Adventures of Rin Tin Tin,” about a German shepherd who, along with his owner, Rusty, helped U.S. soldiers establish order in the American West, became the second-highest rated series on ABC when it first ran in 1954.

The ’60s brought “The Littlest Hobo,” a Canadian show about another German shepherd who wanders from town to town, helping people in need (the show was later revived again in the mid-’80s), and the greatest of all animated dogs, Scooby-Doo.

The ’90s saw a TV dog renaissance with bona-fide four-legged stars appearing in shows like “Married With Children,” “The Drew Carey Show,” “Mad About You,” “7th Heaven,” “Blues Clues” and “Family Guy.”

“Frasier’s” dog lead, Eddie, played by a Jack Russell terrier named Moose, famously received more fan mail than any of his human colleagues. He even “penned” his own memoir, “My Life as a Dog,” in 2000.

But the real game-changer for dogs on TV was Cesar Millan, a Mexican-American self-taught dog trainer who hit the airwaves in 2004 with his show “Dog Whisperer with Cesar Millan.”

The show, which focused on problem dogs, quickly became a National Geographic juggernaut, with an estimated audience of 1 million viewers per episode. It was the network’s top-rated series for much of its eight-year run.

“When people watched Cesar on ‘Dog Whisperer,’ and now on ‘Cesar 911,’ what they see is the authenticity and his uncanny talent to diagnose what the real heart of the issue is,” said Daniels. “He changed the landscape. Everyone is looking for the next Cesar Millan.”

CBS is hoping trainer Brandon McMillan will give Millan a run for his money. Each episode of his show, “Lucky Dog,” starts with a call from a local dog shelter begging McMillan to help one of its dogs that can’t seem to find a “forever home.” In less than a week, McMillan turns the difficult-to-handle rescue into a pet owner’s dream.

Also Read: Robbie Amell Trains a 'Dog with the Heart of a Marine' in First 'Max' Trailer (Video)

The show is part of the “CBS Dream Team” Saturday morning block, six half-hour live-action reality series aimed at teenagers between the ages of 13 and 16. All shows are designed to comply with the government’s educational programming requirement for the broadcast networks.

But McMillan, 37, is already showing signs of becoming a star beyond his target demo.

When talk show host Ellen DeGeneres was looking for an animal trainer for her dogs, she called McMillan. A descendant of a long line of circus performers, McMillan has been taming wild beasts for years. His knowledge of animals and classic good looks have already made him a fan favorite among kids and their moms.

“It’s really about creating the next generation of CBS viewers,” head of CBS daytime programming Angelica McDaniel tells TheWrap. “There are so few shows that the entire family can watch together.”

Case in point: CBS’ Chris Brown, a.k.a. “Dr. Chris Pet Vet,” another dog-loving host who could easily grace the cover of GQ. The hunky Aussie veterinarian has been dubbed “Australian television’s most handsome star.” These days Brown is getting as much press for his talent as his washboard abs.

Finding multi-faceted talents is increasingly important for producers of new animal shows. “They’re designed to appeal to all members of the family,” said Kawalec. “Being an expert animal trainer is not enough; the successful ones also have to be exceptionally good-looking, humble, kind and charming and even sexy to appeal to moms and gays.”

“Honestly, it doesn’t matter how I look — my technique is my real talent,” McMillan told TheWrap. “If they’re watching because of the way I look, that’s fine as long as they’re learning something along the way.”

And as McMillan is discovering, for today’s TV industry, dog shows are increasingly the cat’s meow.

From Wags to Riches: 10 of TV's Most Famous Dogs (Photos)