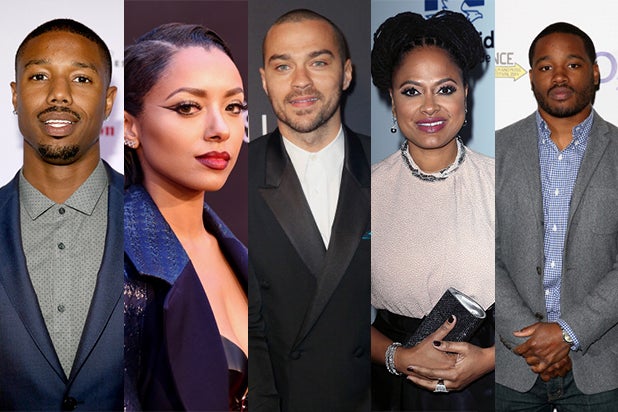 Hollywood is fighting back this Black Friday, with celebrities including Ryan Coogler (“Fruitvale Station”) and Jesse Williams (“Grey’s Anatomy”)  urging a mass boycott of retailers in protest against the decision in Ferguson, Missouri not to indict police officer Darren Wilson for the shooting death of 18-year-old Michael Brown.

The movement’s website states its mission: “To make Black Friday (November 28, 2014) a nationwide day of action and retail boycott. Blackout will be organizing grassroots events, nationwide, for people to come out and show their solidarity in the fight for equal human rights.”

Ava DuVernay, director of the upcoming drama “Selma” about the civil rights movement, told TheWrap on Friday the boycott idea was conceived by Coogler, who directed “Fruitvale Station,” the 2013 film that chronicled the tragic shooting of Oakland teenager Oscar Grant. “I’m a part of Blackout which was conceived by filmmaker Ryan Coogler,” she wrote TheWrap in an email. “Ferguson is a mirror of the past. And S‎elma is a mirror of now. We are in a sad, distorted continuum. It’s time to really look in that mirror.”

In an exclusive interview with TheWrap, O’Brien said that the boycott was a way to link the power of the purse with a civil rights issue:  “They are trying to do the same thing [as the civil rights movement]. What is the impact that black lives can have? Well, they don’t need to spend their one trillion dollars that they spend shopping every year. Would American businesses feel that? So I think it’s a movement to empower people.”

She continued: “So much is misunderstood… When Rudy Giuliani can be interviewed, whether you’re talking about by liberal media or conservative media, and talk about black on black crime, he’s changed the topic. The killing of Michael Brown was not a story of black on black crime, but I keep seeing interview him, where I yell at the TV and say, “Why are you asking him that question!”

As did Russell Simmons.

Celebrities sparking this retail boycott comes as media outlets have weighed in with their respective takes both sides of the Brown/Wilson debate. TheWrap will follow developments in the growing #BlackoutBlackFriday movement.

Watch the videos promoting the movements below.