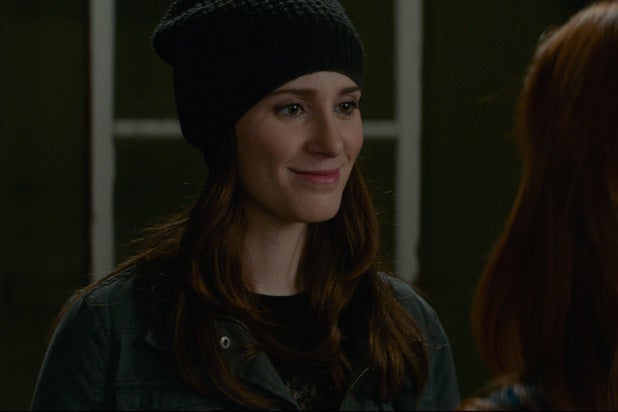 Being a “multi-hyphenate” was never my plan. Then the writer’s strike of 2007 happened.

I had recently graduated from college and decided to focus solely on acting. There was a moment right before I got my diploma where I debated if my love for directing had begun to overshadow my love for acting. Then a director I admired gave me some truly terrible advice: “Pick one. You can’t do both.” And I did just that. I spent the next two years pounding the pavement, auditioning for co-star roles where I would walk into a room, say three sentences and leave. By 2007, I was a frustrated actor and a retired director, when the industry came to a halt, and with it, my career plans.

It was then that a friend who worked outside the entertainment industry and didn’t know “how it worked” suggested I create something for myself. It took a beat for me to gather up the courage, then created and executive produced a web series and cast myself in the lead. I thought the series, “MERRIMe.com,” would just be good footage for my reel so you can imagine my surprise when it won awards at festivals, was touted by TV Guide as a “hot new series,” and helped me get representation at CAA and Brillstein Entertainment Partners. A light bulb went off. I was never just an actress. I’m a storyteller. And to tell the stories I want to tell, the way I want to tell them, I have to do more than wait for someone to give me permission.

Since having this realization, I’ve kept myself busy doing all of the above. I even directed a play on the heels of making my Broadway debut as an actress. So, yes, I learned you can do both at the same time. I’ve learned a lot during the past 10 years of productions, including the new indie “People You May Know,” but here are some of the most important things that I wish I had known from the start.

1.  Check your ego at the door

Yes, you can do it all! However, just because you can doesn’t mean you should on every project. There are some stories where you may the best director but not the best writer. There’s a difference between channeling Matt Damon when someone tells you that you can’t play that part you wrote for yourself, and being Tommy Wiseau from “The Room.” Sometimes not doing it all on a project opens more doors and gives you the opportunity to learn.

2. Surround yourself with people who are smarter than you

You’re only as strong as your weakest link. And when you’re juggling multiple jobs, you don’t have time to pick up the slack for anyone else. That’s why it’s important to work with people that have more experience and talent than you, which honestly, can bring up a lot of insecurities. However, working with more experienced artists will make your life infinitely easier and give you the opportunity to rise to their level and do your best work.

3. Communicate as you take on and off your figurative hats

“You wear a lot of hats!” is actually a great analogy to get through a shoot when you’re doing multiple jobs. You can’t do your best work in front of the camera if you’re bombarded with production questions between every take. It’s important to let everyone know that when you’re wearing your actor hat, you are just an actor.

That also means you need someone on set whom you trust to handle those questions when you can’t. Of course, there are going to be moments when you’re in the middle of shooting your big emotional scene and the location permit for tomorrow’s shoot didn’t come through, and you’re the only person who can fix the problem. However, just having the image of taking on and off a hat, even if you’re interrupted during takes, is a great tool to re-focus.

4. Always say yes to your partner, unless your gut is saying no

Saying yes is the first rule of improv. However, sometimes saying no is more powerful. There is only so much time in the day, and it’s important that you spend that time on projects that you believe in.

Deciding whether or not to work on a project should really come down to two things: as a producer, whether the financial return is worth the work; and as a creative, whether the story gives you butterflies and you can’t stop thinking about it. There are going to be many challenges along the way, and passion for a project often dies and is re-born throughout the journey. If one of these two things aren’t there from the start, then it’s not the right job for you.

5. Feed your soul and strengthen your mentality

You’re an artist. And all of these jobs require that you do things that are creative and also pragmatic. You must carve out time every day to nurture both abilities. First, use your imagination. Read a play. Take a class. Daydream. You are in charge of creating the boundaries around feeding your creative self.

Second, build a healthy mentality around what you do and why you do it. This industry is filled with challenges. Often, people won’t like that you can do more than one thing, and do it well. However, you have a calling. And you have to protect that calling with your thoughts. Read inspiring material like “Letters to a Young Poet” by Rainer Maria Rilke. Listen to podcasts that inspire you. Stand in the mirror like Wonder Woman for five minutes. (I’ve actually never tried that one.)

Kaily Smith Westbrook is an actress, writer, producer, director and co-founder of SeriesFest, a cutting-edge television festival held annually in Denver. A 2015 graduate of the USC's BFA acting program, Kaily directed and produced Jonathan Marc Sherman's play "Sophistry in Hollywood, CA," which launched her production company, Red Ladders Entertainment. She has continued to act professionally on screen and stage in projects such as NBC's "The Office," the CW's "Gilmore Girls," New Line Cinema's "Fracture," Universal's "Forgetting Sarah Marshall," and Broadway's "The Performers," among others. She recently starred in and produced the independent feature "People You May Know," which The Orchard releases on demand on November 28.