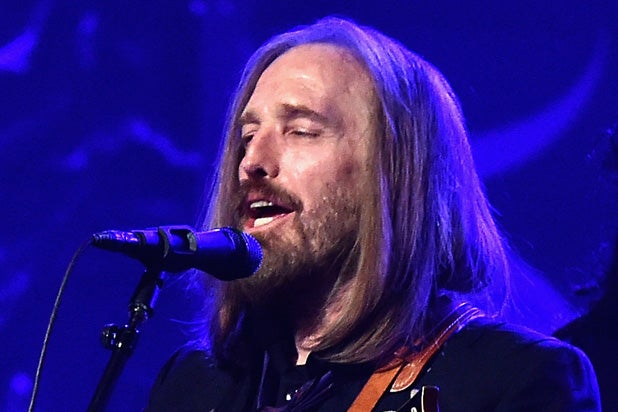 It’s no surprise that the stars of Hollywood and the music world stars paid tribute to to rock n’ roll legend Tom Petty, who died Monday at 66 after after being found unconscious in his Malibu home.

Musicians who were inspired by Petty came out in droves to talk about their experiences with the man and his music.

Guitarist John Mayer said that he covered Petty’s songs “because I wanted to know what it felt like to fly.”

The band Nickelback posted on its account that the man’s music “has been a huge part of our lives.”

I loved Tom Petty and I covered his songs because I wanted know what it felt like to fly.
“you belong somewhere you feel free.”
????

We are heartbroken beyond words. Shattered. Tom Petty’s music has been a huge part of our lives. Our thoughts are with his family & friends. pic.twitter.com/Kfz6WJyv3v

“Hamilton” creator and star Lin-Manuel Miranda tweeted that he was “grateful for Tom Petty’s music.”

“Feels selfish to want more, but I always will,” he added.

I am so grateful for Tom Petty's music.
Feels selfish to want more, but I always will. Rest in peace. https://t.co/EBOt6J38zx

Tom Petty was the first artist I ever listened to. Mom used to catch me with his cassettes when I was little.. Rest easy, Tom. ♥️:(

Petty’s music was heard by many, and some took to the social media platform to share their memories with the music.

My wife walked down the aisle to a @tompetty song. He had an immeasurable impact on my life. My favorite artist. I'll never stop listening.

The news hit people especially hard following the mass shooting in Las Vegas, which left over 58 dead and hundreds injured on Sunday night. Both Sheryl Crow and Stephen King were heartbroken by the news, but referenced the other tragedies of the day.

Combined with the continued devastation in Puerto Rico following Hurricane Maria, Petty’s death only added to the national sadness.

This is unbearable. Vegas and now a great music hero has passed. You brought us so much joy, @tompetty. We will miss you. ❤️ #RIPTomPetty

Tom Petty gone? That’s just so wrong. What a bad day this has been, in so many ways.

Goodbye to another good friend from the past. RIP Tom Petty. Did you have to leave so soon? My heart also aches 4 Las Vegas & it's victims

You can check out other reactions below.

We learned to fly with you, @TomPetty. Thank you for the music and your epic farewell. Photo by Randall Michaelson pic.twitter.com/983vFBbpuT

Oh man Tom Petty is gone. He was really great. He will be missed. Thoughts and prayers go to his family right now. RIP

Tom Petty was on my Mount Rushmore of rock heroes. The writing, the voice, the band. HeartBROKEN.

He was a legend. An icon. The best of the best. 66 is too young to go. But heaven gained one of the greatest today. @TomPetty will be missed pic.twitter.com/FZVF2ULZ7Z

Tom Petty’s music and videos are part of my earliest great memories. Not sure how you thank someone for that? #RIP

Such a sad day today. @tompetty I loved U so. You inspired me & taught me so much. Such a graceful man & a wonderful songwriter #TomPettyRIP pic.twitter.com/UoUKwISyvQ

I believe @tompetty is in Heaven entertaining the beautiful souls that were lost last night in #Vegas. That's what I believe right now. ????