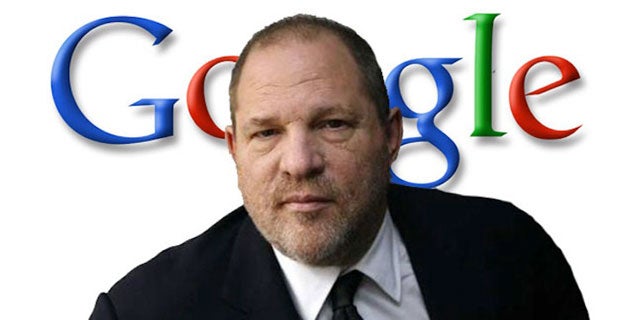 Harvey Weinstein's hopes of getting Congress to enact a royalty-based compensation system for movie clips played on the web so far appears to be a long shot.

None of the movie industry trade associations are rushing to champion Weinstein's idea.

"While Harvey's ideas are characteristically interesting and provocative, the topic isn't something that we're able to comment on at this time," said Chris Green, supervisor of communications for the Producers Guild of America.

Lowell Peterson, executive director of the Writers Guild of America East, and one of the few association execs willing to speak more in detail praised the suggestion

"It's an interesting idea. It's a way to regularize a lot of licensing," he said. "I"m not aware of it having a lot of traction yet in the industry.”

Capitol Hill aides say they have heard little about the proposal yet, but they also say that Weinstein made his proposal at the right time — just as the House Judiciary Committee readies to undertake a thorough review of copyright laws.

House Judiciary Committee Chairman Bob Goodlatte, (R-Va.), has announced plans for a comprehensive review of U.S. copyright laws. Several Capitol Hill aides suggest it would offer a perfect opportunity to make a pitch for creating a royalty system for movies.

The review could also present an opportunity for the movie industry to seek some of the curbs on illegal downloads of movies it was unable to get in the Stop Online Privacy Act (SOPA).

In the speech, Weinstein attacked Silicon Valley for profiting from the work of the movie industry without payment to the creative that created the work.

"Look at 'Chicago.' If you go to YouTube, you can download nine songs. There are 13 songs in the entire movie, pretty much 70 or 80 minutes of it. Nobody is getting paid for that. Neither Rob Marshall who directed, me, nor the studio. Nothing," said Weinstein.

He predicted a push for changes could come quickly in Congress. And told TheWrap he was willing to come to Washington to lobby personally for the proposal.

Weinstein didn't offer a lot of specifics but indicated his proposal is for the movie industry to adopt the kind of compensation system that music publishers use to ensure song writers are paid for performances on the web. That system created by Congress in 1998 in the Digital Millennium Copyright Act gives the Library of Congress authority to set royalty rates for Web play of performances.

The level of compensation per performance is tiny, but the system offers some advantages. Instead of individual works being licensed, collections of works are licensed creating a lot more certainty about licensing costs.

Efforts to expand the royalty system for music have been fraught with controversy. The National Assn. of Broadcasters has so far successful fought an effort to use royalties to compensate artists for radio play of their albums.

Peterson said that one obvious question about the royalty system for movies, would be the compensation level.

"In chasing after the nickels, you don’t want to miss the dollars," he said.

He noted that while YouTube pays nothing, companies like Netflix and Amazon have been willing to pay "pretty good rate" to license movie content. That could make a switch to a royalties-based system risky.